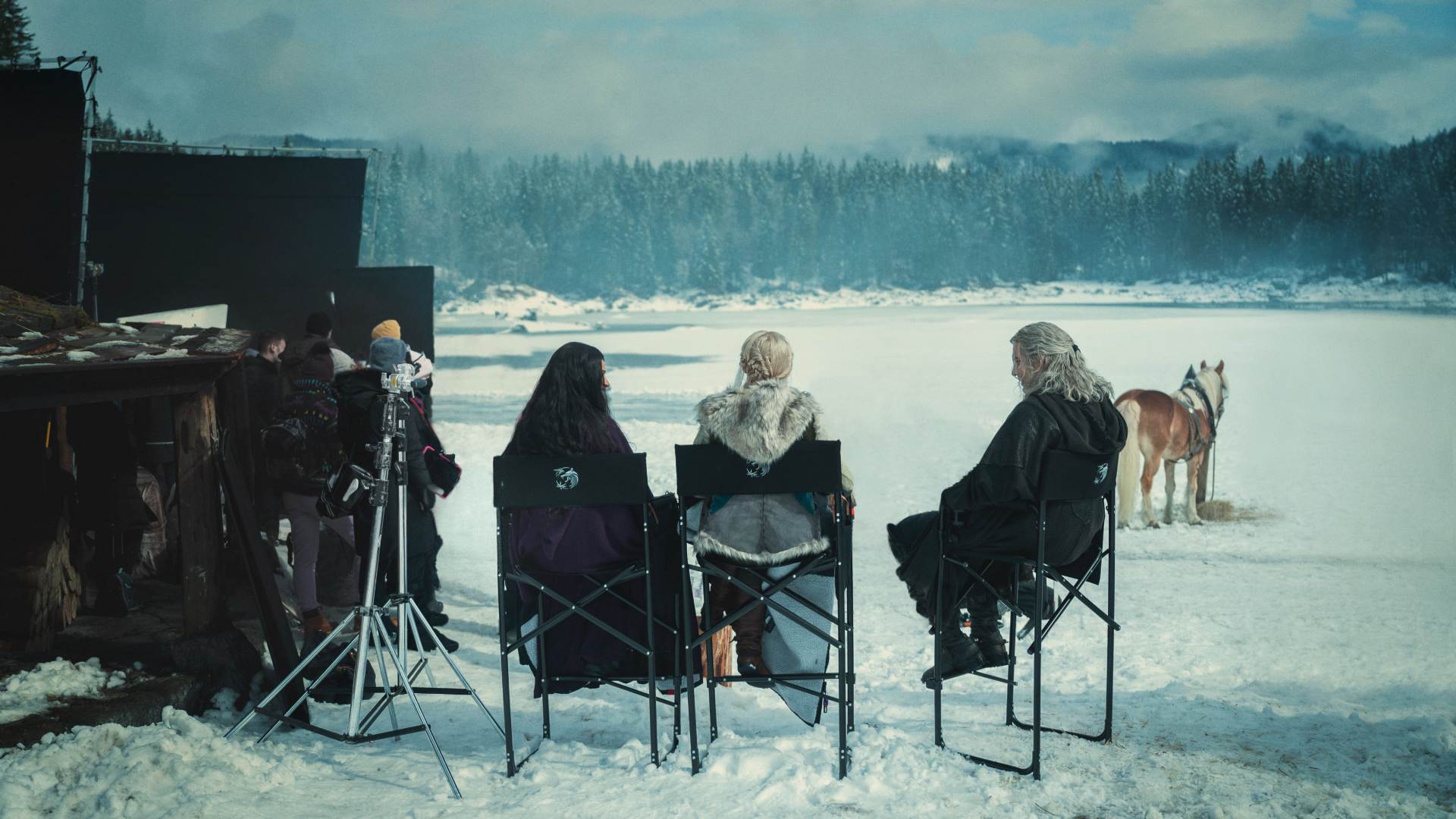 Plus, a plot summary outlines what’s to come

There’s already more of Netflix’s The Witcher on the way. The official show account confirmed that The Witcher Season 3 is in production today, with a shot of the core cast and an official plot summary.

The former shows Henry Cavill, Freya Allen, and Anya Chalotra sitting in chairs out in a snowy, frozen landscape. These three—playing Geralt, Ciri, and Yennefer respectively—are predictably at the heart of things. It comes with the confirmation that yes, the third season is officially in production.

Our family is back together again. #TheWitcher Season 3 is officially in production! pic.twitter.com/rlBl0j3lT1

Where The Witcher goes from here

In a follow-up tweet, the account lays out the official plot summary for The Witcher Season 3. It’s as follows:

“As monarchs, mages, and beasts of the Continent compete to capture her, Geralt takes Ciri of Cintra into hiding, determined to protect his newly-reunited family against those who threaten to destroy it. Entrusted with Ciri’s magical training, Yennefer leads them to the protected fortress of Aretuza, where she hopes to discover more about the girl’s untapped powers; instead, they discover they’ve landed in a battlefield of political corruption, dark magic, and treachery. They must fight back, put everything on the line—or risk losing each other forever.”

It’s not a lot to go off of, save for the fact that the trio is headed to Aretuza. Still, it looks to be carrying forward the main driver of The Witcher Season 2: Ciri’s powers.

Cavill previously expressed in an interview that he hopes Season 3 is loyal to the books, “without too much in the way of diversions.” The Witcher on Netflix has frequently diverged from the books in interesting ways, though.

Showrunner Lauren Schmidt Hissrich previously hinted that the Netflix adaptation is thinking very, very far ahead. That might not entail the series catching up to the games at all. But it at least seems like we’re still in store for more Witcher in the future, both from Netflix and from CD Projekt. Good news all around for fans of slaying monsters. No release date’s been set for The Witcher Season 3 just yet.