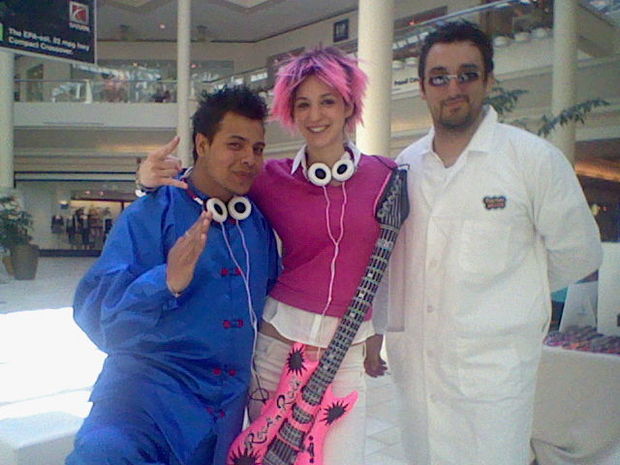 Jonathan Holmes attended his local Rhythm Heaven mall event to see what it was all about. One thing that made me sad when reading his event coverage was that everyone kept referring to Rhythm Heaven as “The Beyonce Game.” At least Nintendo was promoting the game. Also, all of the pictures in the post were taken with the DSi. The quality of that camera really isn’t that bad!

Jim tells us why Dynasty Warriors is the greatest videogame series ever, we reviewed Ninja Blade, 1 vs 100 is free for Gold members and plenty more happened over the weekend.

Why Dynasty Warriors is the greatest videogame series ever

Games of the week for 05/26/09: tyrannosaurus rex edition

This Week in the Community: FIREGOD!

Those About to Die: This isn’t war, this is murder

Rhythm Heaven coming to a city probably not near you

No money for the small gaming companies makes us sad

Mad Dog Mcree coming to the Wii (It’s a rhyme!)

Strong Bad is collecting himself

Super Meat Boy tempts fate, tells us not to be like Hitler

Fallout 3 DLC is coming to retail

Driver: The Recruit is trademarked

Gaming and drinking together as always