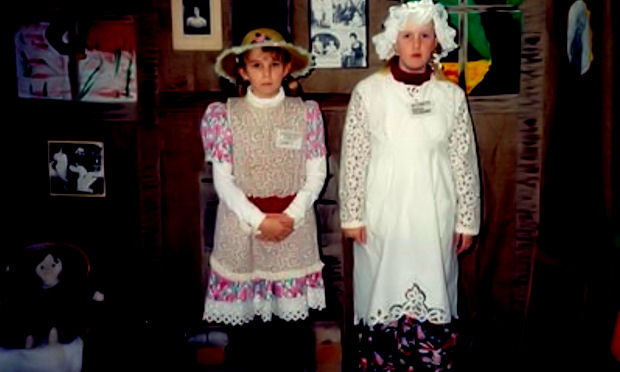 Let it be known across the land that I am now a PC gamer. I have come into possession of a PC that has glowing green lights on it which means it’s probably awesome, and I have been downloading games on Steam and playing them with a mouse. This qualifies me for membership in the prestigious association of PC gamers, and I couldn’t be prouder.

Now that I am a PC gamer and have received my official PC gamer decoder ring, I must conform to standards so that I may gain social acceptance among my new peers. Fortunately, I have the social conformity skills of a highly intelligent psychopath, and thus have compiled a perfectly observed to-do list that will allow me to blend into PC society like a sex offender in France.

Read on to learn how this social chameleon will become the ultimate PC gamer.

Gain a sense of personal superiority over everyone:

PC gaming has become less and less popular over the years, which means it has actually become more and more cool. The less people like something, the better it is, and the more right that those people have to flaunt superiority over everybody else. PC gamers are basically Jesus, but even better because they have an awesome modding community, while only a handful of people have been allowed to mod the Bible.

If a game has a PC version, that version is automatically better. By using a little thing called logic, I have determined that this makes me a better person in general. I shall be the envy of my friends and the desire of my enemies when I play Commander Keen on my awesome PC, and console gamers realize that Commander Keen will never look as good on the XBox 3Shitty or … uh … PSStupid.

Donate my lame consoles to a children’s hospital:

The time has come to put away such childish playthings and become a man. A computer is an adult’s gaming platform of choice, while only juveniles and emotionally immature outcasts woukd even dream of enjoying something on a console. The time has come to give my Xbox 360, PS3 and Virtual Boy to the local children’s hospital, a place where they might be appreciated by those with less refined tastes. I dare say half the kids in there got cancer because they were console gamers (it’s medically proven that this can happen).

I am a mature and intellectual human being now, which is why I use a personal computer to play Leisure Suit Larry. MATURITY!

Revel in the power of the mouse & keyboard:

Mouse & keyboard is the ONLY way to play games, and if you disagree then you are obviously some sort of moron and/or sexual predator. It’s a well known fact that if airplanes were operated with a mouse & keyboard, then 9/11 would never have happened. The accuracy and ease of use has no compare, and you can also get mice that glow blue which makes them work even better because they look futuristic.

It might be inconvenient to use a keyboard, since the WASD keys actually aren’t designed for the human hand at all and you have to take your fingers off it to use other keys, but that doesn’t matter because ACCURACY! Besides which, it should just be a simple case of breaking my fingers and smashing up the bones with a hammer so I can change their shape, and I’ll be able to use the keyboard with all the dexterity that I have when I use a controller. Not that I use a controller anymore. Fuck controllers and their accessible, satisfying design.

As for the mouse part of the equation, pointing and click to score instant headshots is the most satisfying feeling in the world, because when you’re shooting a gun, you definitely want to perform the same actions that you do when filing your tax returns.

Every PC game should offer the exact same set of features! If one game lacks a feature that another has, it is my God-given right to stamp my feet and rage about it, despite the fact I haven’t paid any money for the game yet and so have no invested stake in the game whatsoever. I still have the right to act like I’ve been cheated in this non-purchase.

Dedicated servers are better because they’re dedicated. So much better than the uncommitted servers I’ve had to deal with in the past. The kind of servers that have been engaged for three years yet won’t actually take the plunge and set a date for the wedding. I am assuming this is what dedicated servers means. I can only understand things literally, which is probably why satirical articles upset me on the Internet.

Angrily rage at anybody who suggests PC gaming is insignificant:

PC gaming is not dying, and I’m going to prove it by denying it as loudly and angrily as possible. The more I display my fury at anybody who criticizes PC gaming, the more correct my beliefs will become. There is a simple list of reasons why PC gaming is still relevant and in no danger of going away:

All these reasons are enough to show that PC gaming is not only relevant, but superrevelant. Superrelevancy is a rare state of being where something is so important that it actually cannot be conceived by the untrained human mind. This is why PC gaming looks like it’s dying on its arse to the ignorant masses. They are not trained to perceive superrelevancy. I am, and I can see that PC gaming is more important than cars, food and Bill Murray.

Spending money for the privilege of playing a game I have purchased is what PC gaming is all about! I am already fat and like the taste of Cheetohs, so all I need now is a World of Warcraft account to complete the holy trinity and become higher than God. This shit’s like Warhammer, right?

It’s too bright! It looks too good! It doesn’t look like it was made in the early nineties and this angers me even though I constantly claim the PC looks better than other systems! There was a rainbow in one of the screenshots and that has made me angry for some reason! It doesn’t look and feel exactly like the last game which is what I want from my sequels! Everything must be identical and unchanged and remind me of ten years ago when I had hair and the faintest glimmer of a social life. RAWR RAWR RAWR!

It’s not made by the same company that made the other ones and that means it obviously sucks because I’ve just decided it does! It has different things in it and anything new absolutely terrifies me! It is in first-person which is not what the other games were and this has shattered my sense of personal security and perception of reality. It doesn’t look and feel exactly like the last game which is what I want from my sequels! Everything must be identical and unchanged and remind me of ten years ago when I had hair and the faintest glimmer of a social life. RAWR RAWR RAWR!

It does look and feel exactly like the last game which is actually not what I want from my sequels now! Everything must be different and totally altered and not remind me of anything! RAWR RAWR RAWR!

There is this awesome thing I have discovered, where you’re allowed to get whatever you want on the Internet for FREE! It is called piracy and it’s a fantastic little scheme you can opt into to make huge savings on games. Absolutely everybody on the PC does it, and it’s perfectly acceptable!

Since I am now a proper PC gamer, I shall refuse to pay for anything ever again. I have taken up shoplifting and I probably don’t have to ask women if they want to have sex with me anymore. Owning a PC gives me the right to take whatever I want, and no court in the land would convict me. What is rape, after all, if not simply vaginal piracy?

Wonder why nobody likes PC gamers:

Seriously. All we do is act better than everybody, boast about how better our shit is, complain all the time, get angry over the littlest things and steal stuff. What’s not to love?

Actually, screw all this bullshit. I think I’ll just go play Audiosurf with the cool kids.