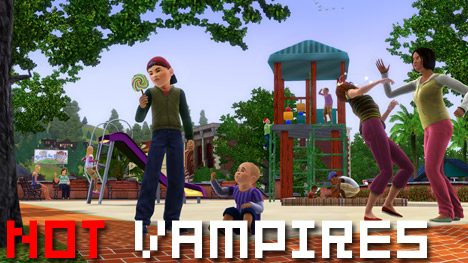 While I still haven’t gotten my vampire screenshots, The Sims 3 has gotten a firm release date — June 2, 2009. The title was originally scheduled to ship this February, but according to Russell Arons, Vice President of Marketing for Electronic Arts, it’s for the best.

“The June launched combined with the break-through game the team is building gives us the perfect runway to created awareness for The Sims 3,” he says.

Translation: we’re not done with the game yet, and some fancy charts and graphs tell us that we’ll sell the most copies this summer. Fair enough, I suppose. But this is The Sims we’re talking about here; EA could release it during the apocalypse and still break day-one sales records.

Check out a new trailer after the jump.