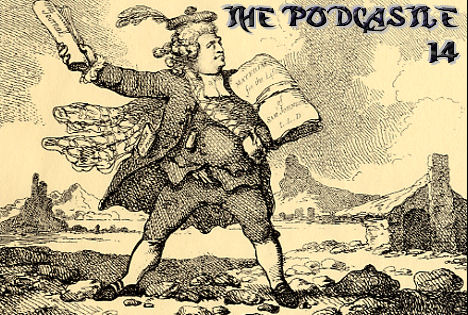 If you like listening to The Podcastle, well you’re in for a treat son, because we have Episode 14 for you right now! You usual cast of Jim Sterling, Wardrox and Atheistium are joined by returning guest Phoenix Blood to discuss all sorts of things, ranging from GTA to stolen televisions to our main topic, print media.

Also guest starring: Background noise of piano and birdsong. Epic! But for now, here’s a handy list of things to listen out for in this episode:

As always, you can download/stream us at the official page, or check us out on iTunes. Love to ya Niko mah bredren!