There are two big shows each year you can depend on Arcade1Up bringing its A-game to. The first is CES, where earlier this year, the company announced its Killer Instinct cabinet. The second is E3. In the past, Arcade1Up has used the event to reveal some incredible units, like when it announced the Pole Position Atari Star Wars cabinet, complete with an X-Wing controller. This year’s show is a bit more subdued. After announcing The Simpsons earlier this week, Arcade1Up is pulling back the curtain on a trio of new units, including its third Street Fighter II arcade cabinet.

Dubbed “Big Blue,” this latest SFII cabinet will feature 12 games in total, including three versions of the classic one vs. one fighter. It’ll also include three games from the Darkstalkers series, making it one of the better fighting game cabinets Arcade1UP has released.

Previously, the company released a Street Fighter II arcade cabinet with 12 games and a black livery. The line-up of games is different here, however, there are a few repeating titles. Speaking of repeating titles, Arcade1Up is also announcing new Teenage Mutant Ninja Turtle and Ms. Pac-Man cabinets. The full list of cabinets and included games are below. 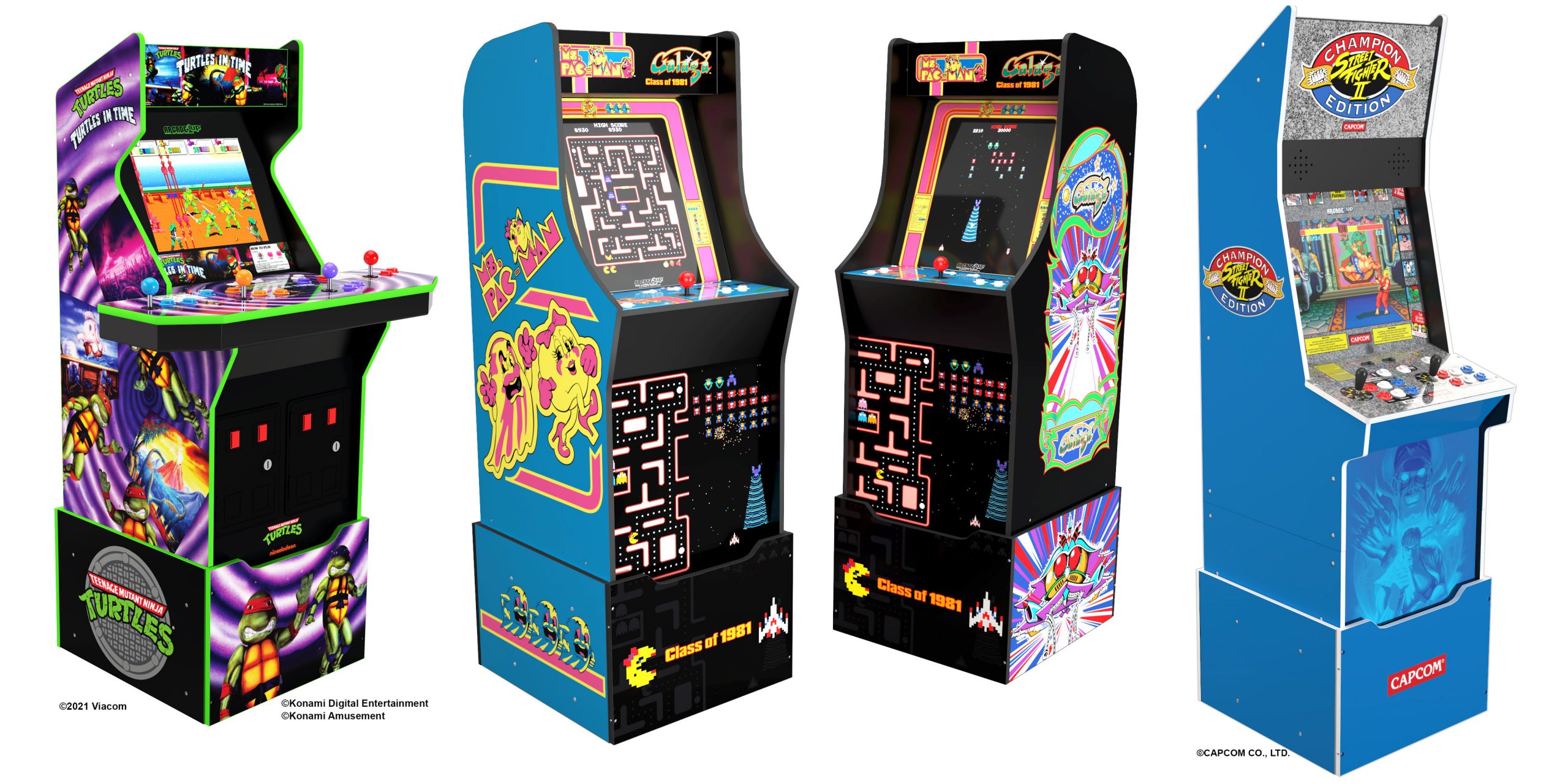 All three units will feature wi-fi, which was missing from the first TMNT cabinet. Pre-orders for Big Blue and Turtles in Time being on July 1, while the Class of ’81 cabinet will go on pre-order starting in August.