Tutorials in videogames are very strange things. They are obviously important — as players need to learn how to play somehow outside of reading their dust-covered instruction booklets — but they always seem so out of place in the context of the videogame world.

For example: Why is that random signpost in the village telling my character to hold down “A” to perform a charged sword attack? Did that NPC really just suggest I sort the items in my inventory screen to make things easier to navigate? How do these signs/characters know these things and why the heck are they talking about them? It makes no sense!

Sometimes, though, tutorials are implemented in brilliant ways; never more so than in Super Metroid for the Super Nintendo Entertainment System.

Do you want to know how all videogame tutorials should be handled?

I’ve said it before and I will say it again: Super Metroid is in an epic, three-way battle for my #1 favorite game of all time. Along with other contenders The Legend of Zelda: A Link to the Past and Final Fantasy VI, it is one of the few games in my life that I would call perfect. 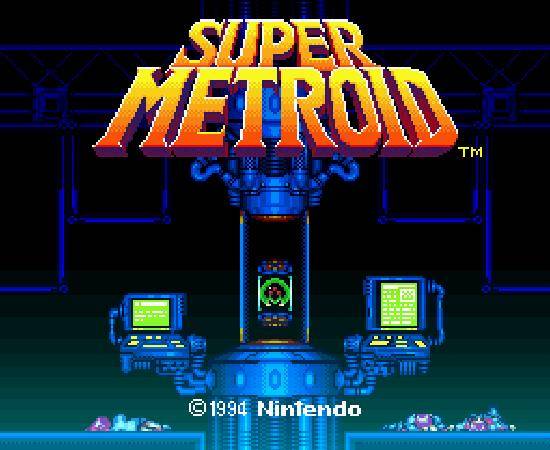 In the game, you play as bounty hunter Samus Aran as she returns to the setting of the original Metroid, Planet Zebes, in the hopes of retrieving a baby Metroid that was stolen from the Ceres Space Colony. Since this is the third time Super Metroid has been featured on The Memory Card (yup, that’s right: the third time), you can go back to the two other posts (here and here) to check out more of the backstory.

Super Metroid is one of a dying breed of games that doesn’t offer a tutorial of any kind once you hit the start button. When the game begins, Samus is thrown into the action immediately. It isn’t until later in the game when one of the most clever, wonderfully subtle tutorials in videogames makes an appearance.

As her adventure takes her all over many different sections of Zebes, Samus obtains a plethora of special items and learns a multitude of new techniques. Each of these items and techniques usually comes in the form of some type of collectible. Once this collectible is picked up, Samus is rewarded with some new power, be it an upgrade to her weapon or a stronger suit. 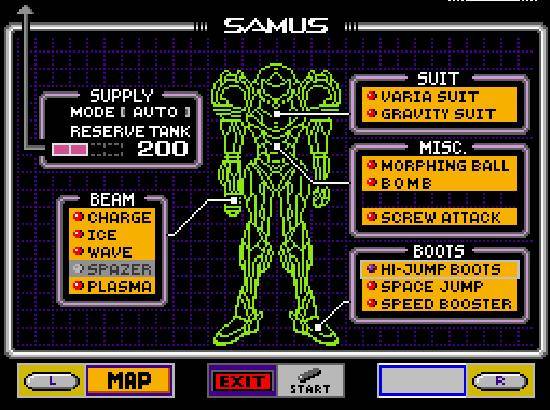 At one point in the game, Samus’s journey takes her to a room containing a giant vertical corridor. Since no platforms are sticking out of the smooth wall, there is no traditional way for Samus to climb the long tower. Even her many upgrades won’t help her – the corridor is just too tall. 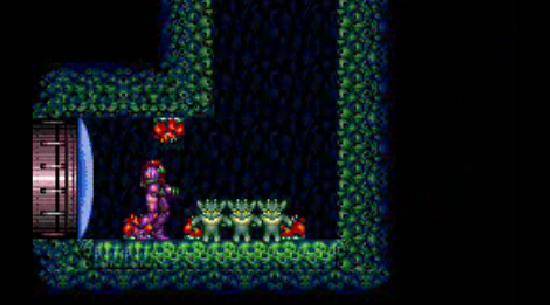 This seemingly insurmountable obstacle offers a true challenge for the skilled Samus and happens to be when the next Memory Card occurs: learning to wall jump.

Right before Samus gives up and tries to locate another way around this obstacle (of which there is none), she notices a friendly group of fuzzy aliens moving around in the background of the room. Before she even has a chance to react, the little creatures (referred to as Etecoons) run forward and bound up the corridor, jumping back and forth between each wall. 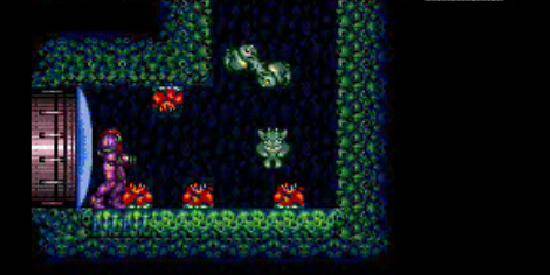 After watching the intelligent Etecoons perform the move a few more times, the player is forced to think: Could this same technique be used to get Samus up the high passage as well?

Up to this point in the game, all of Samus’s new moves had been earned by picking up an item. No “wall jump” item had been retrieved, so what is Samus supposed to do?

By paying close attention to what the native Etecoons are doing, the player can actually mimic the moves with Samus and get her safely up the passage. All it takes is to jump against the wall, quickly press the opposite direction in accordance with the jump button, and watch as Samus launches herself in the other direction. 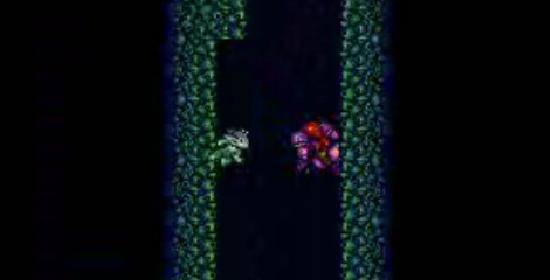 The traditional move is used in many other games, but the way it is introduced to Samus is what is revolutionary.

By using this technique over and over again, she can scale the wall and continue on with her adventure. Although it sounds simple, it really isn’t; not only is the wall jump hard to perform, it has to be performed numerous times in a row to make it to the top successfully. 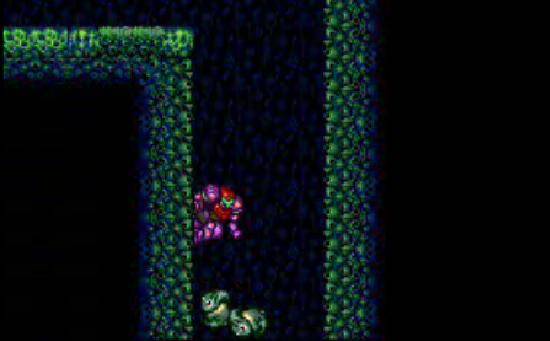 Now, to most people, this may seem like such a throwaway moment that has no real significance whatsoever. But that is really not the case at all.

One thing that is so neat about the wall jump in Super Metroid is that Samus actually possesses it the entire time. Once the game starts up she can technically perform it anywhere she wants. The thing is, the move is tough to perform and would most likely not be executed by accident had the player possessed no prior knowledge that the technique existed.

I will never forget the first time I got to this section of the game. I definitely figured out I needed to jump up the wall, but I truly thought I needed to find something to give me the power to do it. I backtracked as much as I could, but since Samus is pretty much stuck in this small section of the game until she climbs the vertical tower, I almost had to give up and restart the game, sure there was something important I had missed.

When I discovered I could wall jump by just following the pattern of the Etecoons, I was blown away. Not because of the move itself, mind you, but by how I learned it.

Up to this point, videogames would require you to either read the instruction manual to learn all the main character’s moves or have the player read a random on-screen prompt. Super Metroid changed all this.

Think about it: Super Metroid is a game for the Super Nintendo, an awesome console, but one lacking in technology when compared to the monsters of today. In the game, the designers chose to include a wall jump as one of Samus’s normal moves. And to teach the player to use this, they wouldn’t include it in the instruction manual or have the player read a random computer screen explaining the technique. No, the designers made a creative choice to add some friendly alien creatures (native to the planet) in the background and show Samus (and, in turn, the player) how to perform the move. With no text. No dialogue. Nothing. The entire sequence is just a series of visual cues that the player doesn’t even really have to watch. It all happens in the background as the Etecoons are basically just playing around. They aren’t technically teaching Samus the move; Samus more or less just picks it up through observation of the living environment. It is pretty impressive when you really stop and think about it.

Can you imagine how cool it would be if all games implemented this seemingly simple mechanic? What if Link had to learn all his moves by watching people in the village perform them rather than the game holding your hand and showing you how to do everything? Sure, it would be a challenge to implement things like this, but wouldn’t it just make the game so much better? Hell, it worked for Super Metroid, right?

Samus learning to wall jump may be small when compared to a lot of the other moments I have experienced in videogames over the years, but it is one that I will most definitely never forget. It also is another one of the numerous reasons that Super Metroid is such a masterpiece and one of my favorite games of all time.