There are numerous iconic moments in modern art, particularly film: the shower scene in Psycho, Indiana Jones running from a giant boulder in Raiders of the Lost Ark, the first time you hear the theme from The Godfather. These are all well and good, but the question is: Why aren’t more people memorializing some of the amazing moments in video games?

In my opinion, there are just as many classic moments in gaming, but they never seem to get the credit (or respect) they deserve. Video games are an art form, for crying out loud, and some of my finest memories from childhood revolve around some of these specific moments.

This new series, The Memory Card, is an opportunity to dissect and honor some of the most amazing moments in gaming — be it artistic, innovative, or just plain memorable.

Continue reading for the first inductee into this honored club: one of the best sequences ever from one of my favorite games of all time, Super Metroid.

At the end of Metroid II: The Return of Samus, for the original Game Boy, our heroic bounty hunter discovers a small Metroid egg. From it, a baby Metroid is born, chirping and circling Samus as if she was its mother. Samus, showing that she has a heart under all that space armor, spares the poor baby Metroid and takes it back to her ship. This is where that games ends, with the two flying off to a distant galaxy, perfectly setting up the sequel (and arguably best Metroid game ever), Super Metroid. 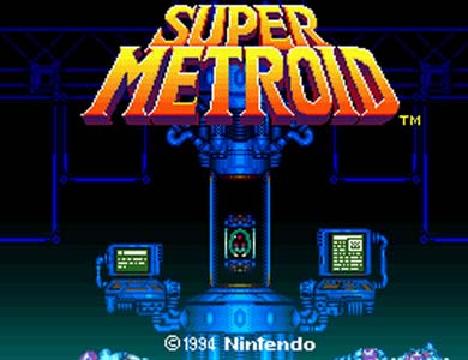 After returning home with the baby in tow, Samus hands the last remaining Metroid over to researchers on the Ceres Space Colony. They claim that, by harnessing the power of the Metroids, the world will one day be a better place.

However, shortly after departing, Samus receives a distress call from Ceres and returns to see what is wrong.

Super Metroid’s prologue begins as Samus enters the facility, realizing that everything has been destroyed and all the researchers have been killed. Journeying through the entire colony, Samus finally discovers the baby Metroid she donated to the scientists sitting in a canister all alone at the center of an open laboratory.

As Samus approaches the crying baby Metroid, the infamous creature Ridley surprises her and starts an epic battle. Although Samus defeats the dragon-like creature, it ends up escaping to the planet Zebes (the setting of the original Metroid) with the baby Metroid in tow. 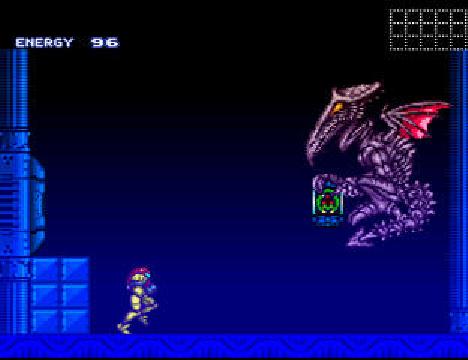 Samus follows Ridley to the planet and this is where the meat of the game really starts. Through hours of exploring one of the richest and most well-designed games ever, Samus finally reaches the final stage … and this is where The Memory Card’s first entry occurs: the return of the baby Metroid.

As Samus is approaching the last boss, a giant Metroid appears and immediately latches onto her, draining the paralyzed bounty hunter’s life force. Unlike all other Metroid encounters in the game, this behemoth cannot be shaken away using bombs. In fact, there is nothing the player can do to avoid the Metroid from quickly devouring you.

However, at the last second, right before Samus’s energy is depleted, the Metroid stops and backs away. It is in this moment when Samus, and the player, realizes that this creature is none other than the baby Metroid that you saved at the end of Metroid II. 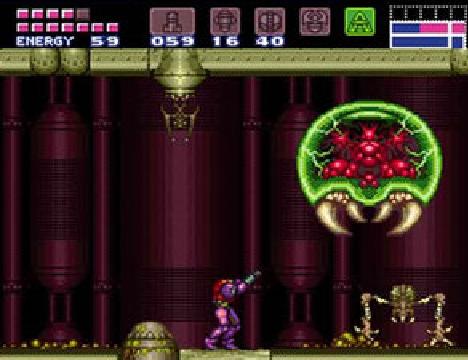 Once the baby realizes it has been attacking its own “mother,” it runs off, allowing you to recover and move forward to the last enemy in the game.

The last boss in Super Metroid is a huge, screen-filled extension of the original Mother Brain. Not only is she intimidating, but her attacks pack a wallop not experienced yet during the early parts of the game. In fact, one attack in particular renders you completely helpless, unable to move as your energy is rapidly drained. 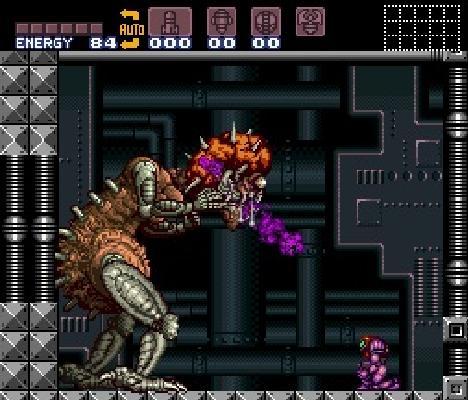 Unfortunately, this devastating attack cannot ever be avoided, so players assume the battle is physically impossible. But then something amazing happens. Right before the gargantuan Mother Brain is about to deliver her final blow, the baby Metroid breaks into the room and attaches itself to the final boss’s head, draining Mother Brain of her powers.

For anyone who may not have ever experienced it (or for you who want to relive the drama), you can watch the final battle sequence here:

The baby Metroid returning to spare and subsequently save Samus is easily one of the most memorable moments in video game history.

First off, and this applies to many games during this era, all of this was done with no voice acting, no dialogue, and no fancy cutscenes – just simple (although stunning) sprite-based graphics. I mean, the detail used to portray everything is pretty staggering. You may have to go back and watch it again, but notice the way Mother Brain slowly regenerates as the baby Metroid is healing Samus? Instead of just having the boss quickly jump up and start attacking, this little choice helps make everything feel so organic, so real, so believable. It even creates something unheard of in video games at the time – suspense.

Most Metroid games, hell, almost all games from the Super Nintendo era were not really known for their deep stories, so to not only have a character come back from a previous game, but to have said character sacrifice itself for Samus, was nothing short of remarkable at the time. One thing that surprisingly never took off over the years was a continuous story in video games (I’m talking to you The Legend of Zelda). Super Metroid was one of the first times this technique was ever used.

Looking back to the first time I experienced it and even when playing it again (and again and again), this scene packs an emotional wallop. Even nowadays, with graphics almost photorealistic, it is hard to produce an emotional response out of the player. But I will never forget how I felt after the baby Metroid killed itself to save Samus. The investment you put into these characters pays off in an unexpected and heartbreaking way.

This sequence ranks among one of the best in video game history and should always be remembered for what it is: a classic moment in modern art.