I hope Lady Ashe checked that her husband to be was actually a man first, because that is one girlie looking guy.

Yesterday I posted the first of 3 examples of manly man from Final Fantasy games and today I have 3 more to add to the list. For those of you just joining us, I’ve added a link below to yesterday’s list. 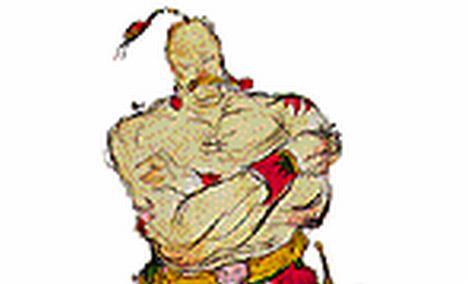 Yang, a warrior monk and only survivor of an attack on his temple, is an expert in martial arts. He sacrifices himself to prevent a canon from destroying the dwarven tanks, but survives again to later drive a tank to stop the Giant of Babel from destroying the world.

He not only survives two life threatening situations, but he also sports a wicked Magnum P.I. moustache. For that Yang is a man’s man, even though he’s a monk which usually means he isn’t getting any love from the ladies. 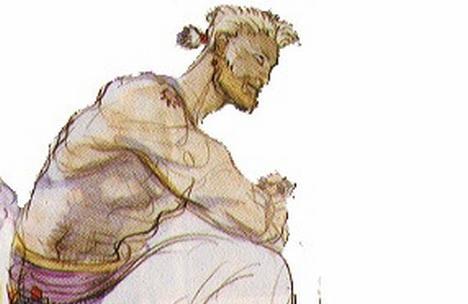 Sabin is a student of the martial arts, though he looks more like Mr. Universe contestant. His special ability is called the Blitz, which allows him to pull off different martial arts moves. Sabin and his brother Edgar, both heirs to the throne of Figaro, toss a coin to decide who remains to rule and who leaves to seek their destiny elsewhere. Sabin is the one to leave home and goes to learn the martial arts from . Sabin later defeats ’s son, Vargas, who tried to kill .

At one point in the game, Sabin holds up an entire house to save a child. Now that’s a sign of a true man. Plus the cool “Guile from Street Fighter” hair doesn’t hurt. 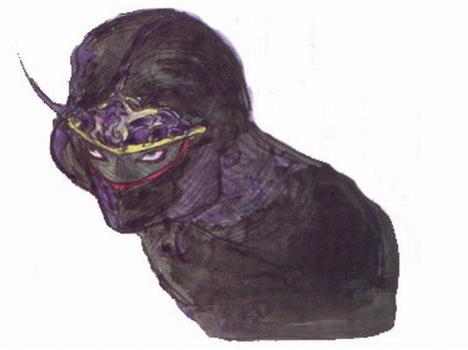 Shadow aka is a paid assassin and mercenary who travels with his dog, Interceptor aka Lobo. Shadow always works for the highest bidder and follows his own path. He possesses the special skill of throw which allows him to toss any weapon at his enemies.

Nothing is manlier than a ninja. Interceptor at his side to attack enemies at random just adds to his coolness.