I thought at first it would be hard to make a new silly picture each day to go with my posts, but Final Fantasy XII screen shots are pretty easy to make fun of, which is just wrong I think. Or at least it should be.

Today I’ve got 3 more examples to add to the ever growing list of manly man of Final Fantasy. We’ve got two more days to go before the list is finished, so be patient if I haven’t mention your favorites yet. You can whine afterwards if I missed someone. Hit the links below for the lists from the past two days, if you missed them. 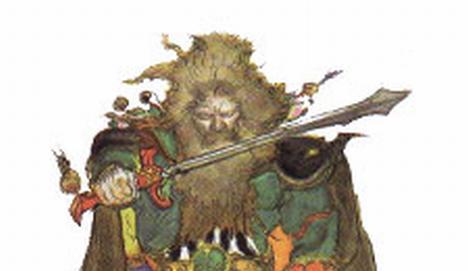 Banon is the leader of a group of rebels called The Returners, whose cause is to bring down the evil Empire. Banon’s special skill is health which is cast on the entire party for partial healing. The Returners’ fate is unknown at the end of the Final Fantasy VI.

Banon is one hairy bugger. He looks like a lion with his long red hair, mustache and beard. Obviously Banon is a manly man or why else would The Returners make him their leader? 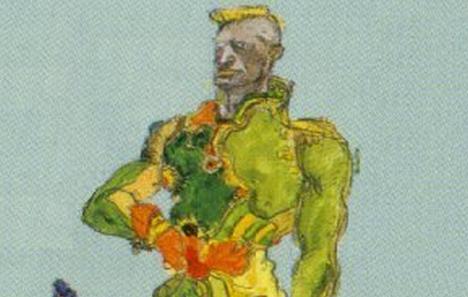 General Leo is one of three leaders of the Empire’s armies. Leo is powerful leader, but prefers peaceful endings to his battles, if he can swing it. His special skill is Shock, a power attack that creates a column of energy from his sword. In the end, Leo sees the evil in the Empire, but is killed by Kefka defending the town of .

Sporting a wicked Mohawk and sense of justice and honor, General Leo is one cool guy. His shock skill was the best skill in the game and had many players searching for the rumored way of resurrecting his character for use. 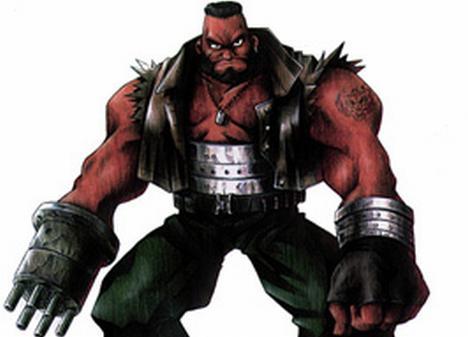 Barret is the leader of AVALANCHE, a group of rebels fighting against the evil Shinra Corporation which is killing the planet. He lost his right forearm during an encounter with Shinra years ago and had it replaced with a powerful gun prosthetic.

Looking like Mr. T with a crew cut, Barret is one bad motherf*cker. Shut your mouth. Barret is a great example of the manly characters that SquareEnix is now lacking in their games. To all the game designers on future FF games, pay attention to this guy because he is what real men look like.