Now sit back and relax as we present to you the next three contestants in our list of manly men. All are very eager to meet you and have been waiting patiently in the wings for the last 3 days! Now that’s patience.

You may want to check out the previous contestants on our show from the last three days before you hit the jump for today’s group. 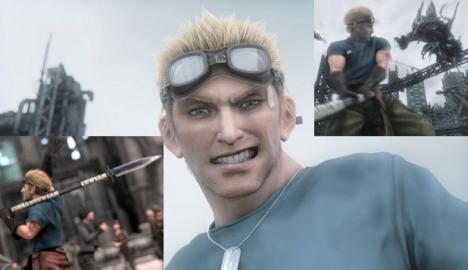 Cid is a grumpy, foul-mouthed pilot who dreams of flying a rocket into space. He dreams are put on hold when the rocket malfunctions and Cid’s assistant aborts the launch. Cid’s weapons of choice are spears and lances.

Cid is always pictured with a smoke in his mouth and a pack of smokes tucked in his goggle’s strap. Any man willing to smoke around rocket fuel must have big set of balls in my book. Cid reminds me of the old World War II aviators that risking their lives each time they went up against the enemy in the skies. 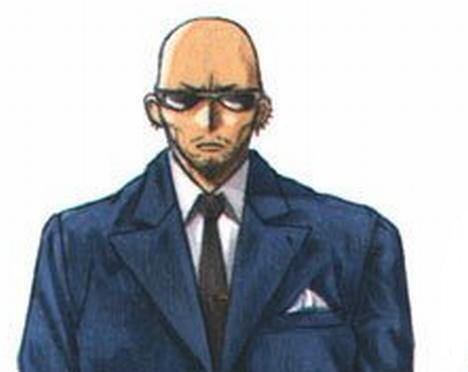 Rude is a bald-headed bad*ss that is never seen without his sunglasses. Trained as an assassin and sniper for the Turks, a group controlled the Shinra Corporation. Able to take huge amounts of damage, Rude has inhuman strength and tends to fight with his fists, much like Tifa.

Looking like Agent 47, Rude is another great example of a manly figure. With a goatee, bald head and multiple piercing, Rude’s look screams “Don’t mess with me, biatch”. Even in the movie, Rude is bashed over the head with a billboard and still comes back to fight. 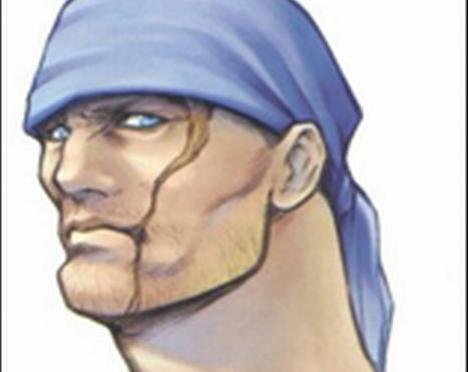 Ward is a friend of Laguna’s who lost his voice in battle. He’s a big body builder type that carries a harpoon and never leaves the side of his friends. Laguna is lucky enough to understand Ward’s gestures and facial expressions enough to translate them into words. Ward becomes an official in Esthar, along with Laguna.

Silent and carries a big harpoon. He sounds manly to me.

Check back tomorrow for the last installment of manly men of Final Fantasy.