Well, its been a long run for us, kids but we’re finally at the end. I wanna thank the fans for sticking with me through parts one through five and I hope it was worth the journey for us all.

For the newbs that are just getting here, I expect you to go back to part one and work your way through to part five of the list. You need to experience all the manly men of Final Fantasy for yourself before you can appreciate what the rest of us have been through.

Sorry this post is late but I spent yesterday in a drug-induced haze due to a nasty migraine. Now behold the final 3 manly men of Final Fantasy. 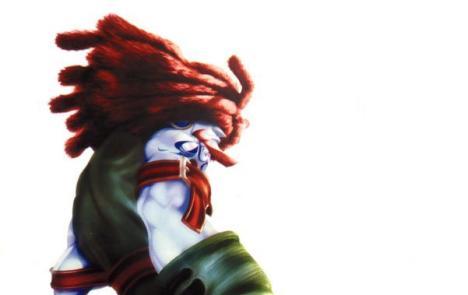 Amarant is the typical “lone wolf” character that seeks his revenge against Zidane for framing him. Amarant is a huge, pale-skinned guy with flaming, red dreadlocks. He was a security officer at a mansion in Treno, and framed by Zidane for a robbery he didn’t commit. Hired as a mercenary to retrieve a pendant from Princess Garnet, Amarant ends up joining the main group as a playable character after a series of events.

Amarant is another perfect example of manly character. He looks and acts the part of a strong male character. No feathered hair and tanned skin here. 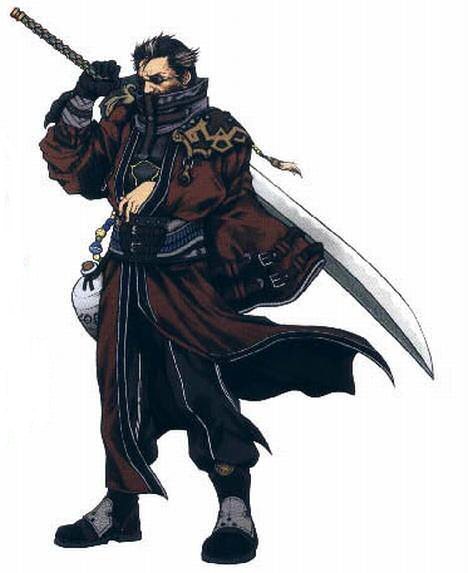 Sir Auron is a guardian of Yuna, and a previous guardian of her father, Lord Braska. Auron is an older gentlemen trained in the ways of the Samurai. He carries a katana and leaves his arm in his coat until he’s ready for battle. Players find out that Auron was killed during his pilgrimage with Lord Braska and is now an unsent.

Auron come back from the dead to help Tidus and Yuna in defeat sin which has got to be a hard thing to pull off. Most unsent become monsters and yet Auron doesn’t. That takes strength. He also wears a kick*ss pair of sunglasses. 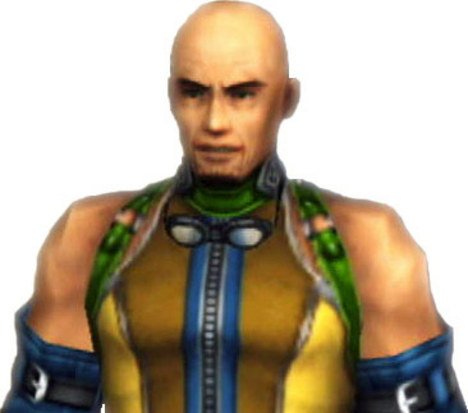 Leader of the Al Bhed, Cid is Rikku’s father and Yuna’s maternal uncle. He was the man responsible for bringing the Al Bhed together after being scattered by Yevon years ago, but their home was devastated during a Guado attack to kidnap Yuna, and eventually destroyed. Cid is a tall, bald man that reminds me of a tough as nails general.

Cid sounds like an army general and looks like Patrick Steward on steroids. Good enough for me.

If you think I missed some characters or disagree with one of my choices, by all means, post it in the comments field along with your reasons.