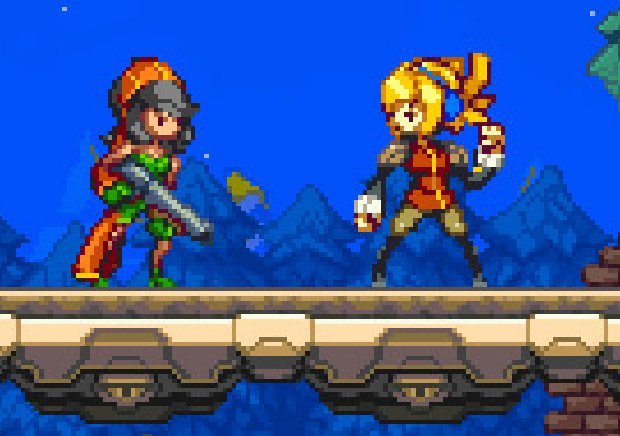 It takes a lot of sass and brass to produce a classic “retail length”, beautifully animated, pixel-based action/platformer/RPG on your own. Other than Daisuke “Pixel” Ayama (one-man creator of Cave Story), I can’t think of any other developer that’s pulled it off (feel free to educate me on that if I’m wrong). To put it bluntly, most human beings just don’t have what it takes to make a game like this by themselves.

That’s probably why Konjak (creator of Noitu Love 2, this badass Zelda fan game, and many others) is having so much trouble getting The Iconoclasts finished (PC demo here). He’s been working on the game forever, and it’s far from complete. That said, his hard work hasn’t been in vain. The game is looking really good, better than most comparable games from fully staffed studios.

As much as I respect Konjak for trying to make this game on his own, I hope someone like WayForward or Nicalis sweeps in to help him get it finished. Better to get some help and complete a classic game than have a fantastic, half-game made that you did by yourself, right?