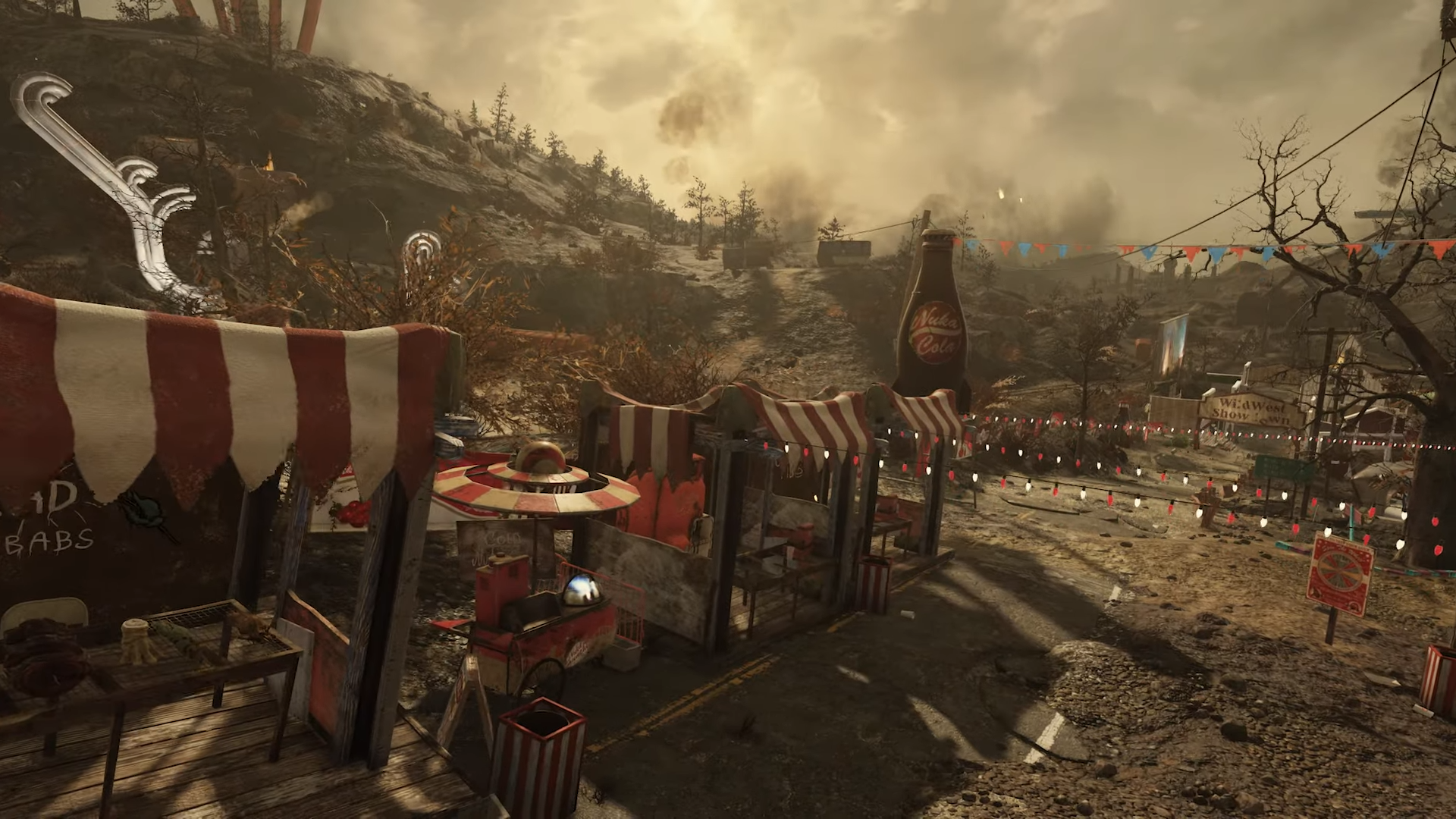 Nuka-World on Tour is still slated for December 6

In case you missed it, Fallout 76 is still around, and still pushing out major free updates. On December 6, the “Nuka-World on Tour” expansion is set to drop,

Bethesda and the powers that be are still pushing the “Fallout 1st” subscription, and it’ll apparently offer a new feature called the “ammo storage box.” Yep, it’s exactly how it sounds, as the team is offering “unlimited space to store all your excess munitions [with the exception of Plasma Cores and Fusion Cores.” It’s fascinating to see premium elements that impact direct gameplay creep in over time, and how the community responds to it.

Whether you’re thinking about jumping back in or you’re excited for the update: there’s some gameplay and developer commentary you can watch below. One of the best parts of the episode is actually near the start, where Carl McKevitt, senior quest designer, talks about how they carved out an existing area to make room for the actual “tour” in the Nuka-World on Tour location.

We don’t really have a clear view of many things coming after this, so we’ll see what 2023 brings. Next up, the team promises an update on December 1 with more info on Nuka-World on Tour.