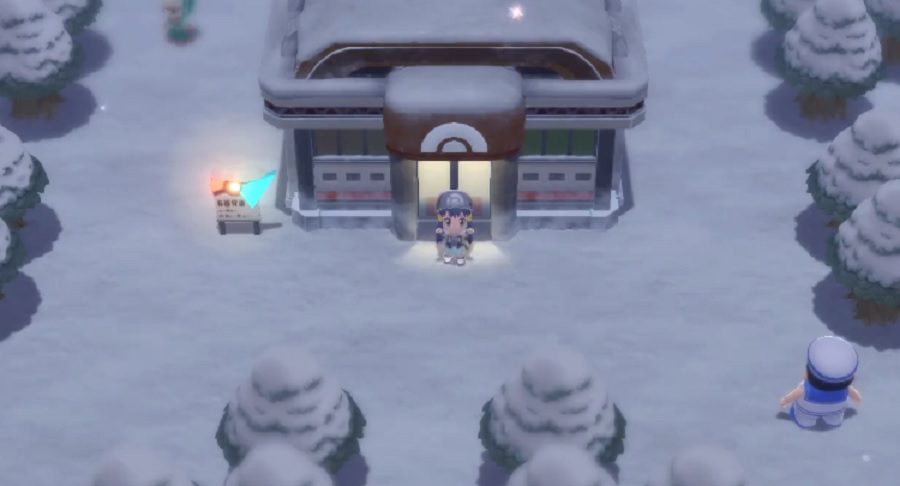 Back on January 10, 2008, Game Freak developer Junichi Masuda teased a little Easter egg for the Diamond and Pearl games that involved his birthday. Coaxing fans into playing on January 12, the powers that be put in a special diamond dust weather celebration of sorts to honor Masuda. That diamond dust Easter Egg is back in Pokemon Brilliant Diamond and Shining Pearl.

All you need to do is have your clock set to January 12 (or log on today, of course) and go to Snowpoint City. You’ll see a special effect of shining snow: also known as “diamond dust.” And that’s really it! It’s just fun to see this Easter egg carried over.

You know what would have been nice to see carried over as well? Platinum elements. It’s my big hangup with these remakes, as I’m now being asked to choose between the more convenient remakes, or the original edition of Platinum: which is convenient enough for me; but not so much my friends who I may want to play in tandem with. It would have been ideal if these two new re-releases were definitive. The diamond dust Easter Egg is cute, but it’s not going to push me over the edge on picking it over Platinum.

Speaking of diamond dust, you can check out the effect below, thanks to AussieRiolu’s Twitter account. That way you can see it even if you don’t plan on picking up the remakes! Hopefully Pokemon Legends does a bit more in terms of setting the Pokemon world on fire. While the remakes were fine in their own way, I haven’t really seen nearly as much discussion about them in my circles compared to past remakes. That could be the fault of Brilliant Diamond and Shining Pearl themselves: or the entire generation’s impact. Or both!