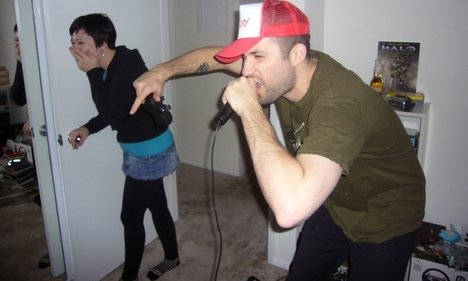 Last night, the Los Angeles branch of Destructoid held a bit of a drunken video game party at Casa De Summa. Did we live the dream? My hangover and piles of beer bottles scattered about this morning say yes.

Starting out the night, Chad, Colette and I were joined by Rome and Hogan from Epileptic Gaming and Rob Pennyman from Coin-Op TV. After blowing sh*t up in Crackdown for a while, Hogan and I proceeded to throw down in Fight Night on the 360 — it was an epic battle, but I was able to pull through in the later rounds and knock Hogan out.

Then, after the boys left, the Dtoid crew busted out a 3-hour plus jam session of Karaoke Revolution Presents: American Idol, Singstar Rocks! and Guitar Hero 2. Check out the pictures from Dtoid’s own version of Lost in Translation.

Living the dream … one day at a time. 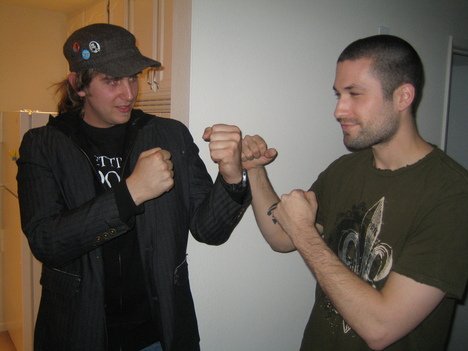