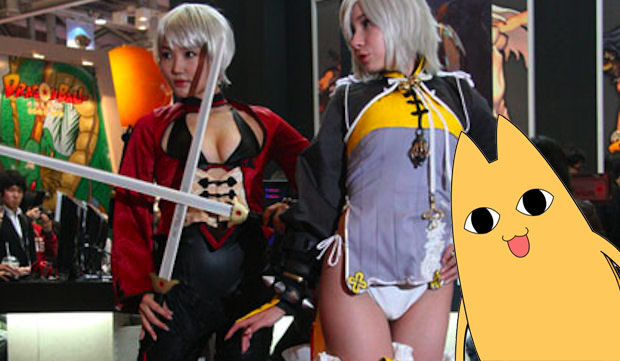 Today, Chad lit the fires on our big ol’ fat list of the top 50 videogames of the decade. It was like a nice picnic where everyone held hands and ate macaroni salad together and agreed on everything. Stay tuned for more of that every day this week as his list-a-thon continues.

Nokia got in trouble, FFXIII got its Cid, I found a leftover Dum-Dum pop from Halloween under my cofeetable, and Samit reviewed Lego Rock Band, all on 11/30/09.

Community:
Cblogs of 11/30/09
Forum of the Day: Gaming’s Greatest Ninjas

Australian Classification Board says ‘no’ to Crimecraft

Are you ready for Serious Sam HD: The Second Encounter?

Meet the host of PSN reality show The Tester

You got dirt on my eye candy: DiRT 2 PC demo out tomorrow

Dawn of War II: Chaos Rising gets a release date

So much parody it hurts: Matt Hazard dated for PSN, XBLA

This is happening: Monopoly on your PSP

Blizzard: Copying WoW means your MMO will be sh*t

Here’s what Cid looks like in Final Fantasy XIII

SouthPeak ‘crosses the line’ with TNA for DS, PSP

A cop in china: Spike teases another unannounced game

Marc Ecko wanted to adapt Macbeth for a videogame

Sonic the Hedgehog 2 is the Deal of the Week

New Prince of Persia to premiere at Spike VGA

Duke Nukem: D-Day teased and it’s all out of gum

That Left 4 Dead demake is coming along nicely

Saucy Korean booth babes banned for being too sexy!

MadWorld cosplay gets to the point