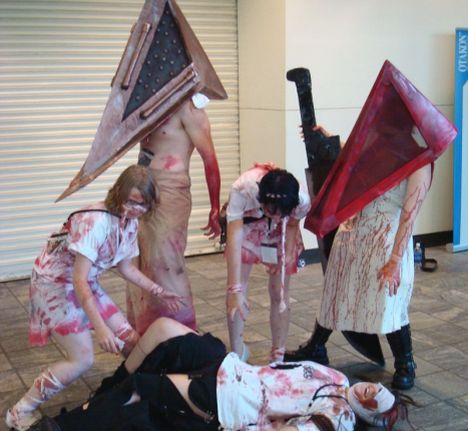 Isn’t it funny how Pyramid Head has become such a videogaming icon? He’s a walking rape machine and chicks just dig him.

Sony wants Sackboy as their mascot, Minesweeper is coming to XBLA, Bionic Commando’s release in question, Capcom shows off three of the Mega Man 9 bosses, and plenty more happened on Wednesday.

Wednesday Regulars:
Podtoid 65 tonight, give us your love (and questions)
The Podcastle episode 17: Ramblecastle

Galleries:
Unfortunately, EA Celebrity Sports Showdown is exactly what it sounds like
Here, have some NHL 2K9 screenshots
Capcom gives us a better look at three of the Mega Man 9 bosses