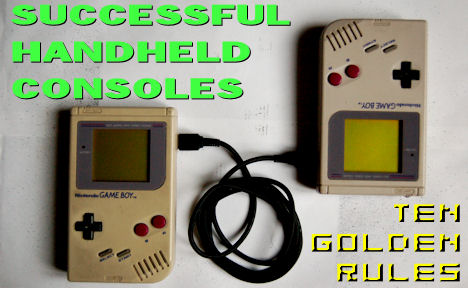 Another glorious Ten Golden Rules list was unleashed by Jim Sterling today. This time, he takes a look at handheld consoles and points out how great they all are.

[Random and completely pointless side note: I was working on a movie skit where I was going to have a Game Boy be my illegitimate son. I had two of them for the movie, as one would be a stunt double. Who knows, I may get back to working on that movie for Dtoid one of these days.]