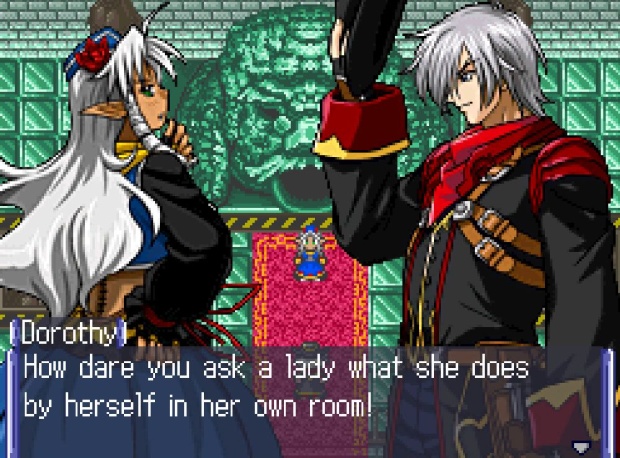 Super Robot Taisen OG Saga looks like all sorts of fun. Did you check out the trailer that went up for it today? There are a couple of girls that show off an attack that requires them to slightly expose their chest in order to shoot out a powerful laser beam. Hot.

We reviewed The Dishwasher: Dead Samurai, Devil Summoner 2 packaging is dope, Mega64 took on Shadow of the Colossus, there are going to be giant robot battles in LEGO Rock Band and plenty more happened on 04/22/09.

Forum of the day: Just made a JRPG realization

Those About to Die: 16 Colossi

Would you buy a netbook to game? Vote to win $50 gift card

Bizarre’s new racer is called Blur, will likely be fast

No sh*t: PSP piracy has taken a ‘huge chunk’ of game sales

Racing genre is dying, but Black Rock Studios will save it

NCsoft puts their MMO wares up on Steam

Henry Hatsworth almost had Evil Ben Franklin as a boss

Marvel Vs Capcom 2 countdown to the inevitable has begun

Mega64 takes on Shadow of the Colossus

If you like little girls, we’ve found you a dress-up game!

Knights in the Knightmare tutorial vids to the rescue

Damnation wants to show you its moves

Microsoft Japan’s trailer for the ton of announced games