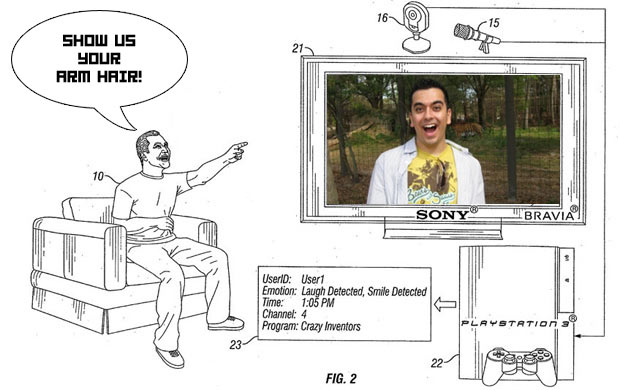 First off, a very happy birthday to the Sega Genesis, which turns 20 today. I love you now as I always have. Our dear Hamza is suffering from connectile dysfunction this evening, so I will be presenting your daily recap in his stead. Assisting me tonight will be the above variation of a picture that Grim posted, which was the second-weirdest thing I’ve seen all day.

Valve had a yard sale, Rey got some de-bro-dorant, someone took my Sega poll joke way too seriously, Ashley dished out some more Saturday morning memories, and plenty of other neat things happened. Relax and have a beer, 8/14/09, ya did good.

Events:
Take a look at this year’s PAX show floor

Offbeat:
Paper route: ddi714d’s moveable papercraft machines
SCEA might want to spy on your emotions while you game
Grenade controller could make you look like a total badass
Buy Madden at Wal-Mart, get free deodorant

Media:
Red Steel 2 teaser isn’t worth the time it took to download
Four new DJ Hero videos for your amusement and my confusion
Blood Bowl: Meet the Dwarves
Miss Marvel digs tight leather
Serious Sam HD looks like a bloody good time
Get a peek at the gadgets of Arkham Asylum
Wolfenstein is almost here, celebrate with a trailer