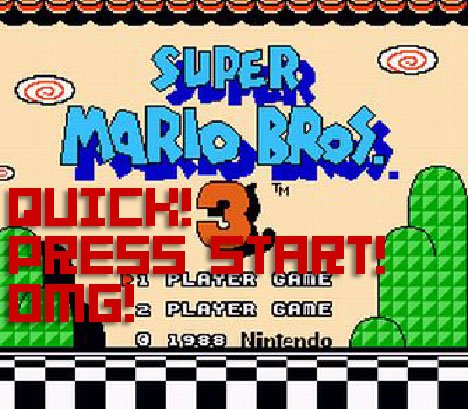 LoveSac and Destructoid have teamed up for the NES Classic at Barcade in Brooklyn. Join us on November 16 as people participate in speed runs and tournaments on some classic retro games. The winner will receive some sweetness including a bronzed Powerglove trophy and will most likely say “It’s so bad” when receiving the trophy.

Jim steps up for the battered wives of gaming, Nick tells us all about the new Xbox Experience, win Fallout 3 through the Asus contest, Sega takes on The Conduit, Mirror’s Edge demo dropping this Friday, and plenty more happened on 10/29/08.

Originals:
Hold it! Take a look at Phoenix Wright: Official Casebook Vol. 1!
The battered wives of the gaming world

Contests:
Asus launches web site to build a crowd-sourced gamer PC, invites us to weigh in
Contest reminder/extension: Get your tackling videos in to win a PS3 and more!
Ninjatown contest winners announced; Justino1, come on down!

Videos:
Voice cast for The Legend of Spyro: Dawn of the Dragon is mighty impressive
Hot new Nissan 370Z revealed by way of Need for Speed: Undercover
Who are the citizens of Azeroth voting for?
Gears of War 2 launch trailer brings testosterone and stereotypes. Awesome!