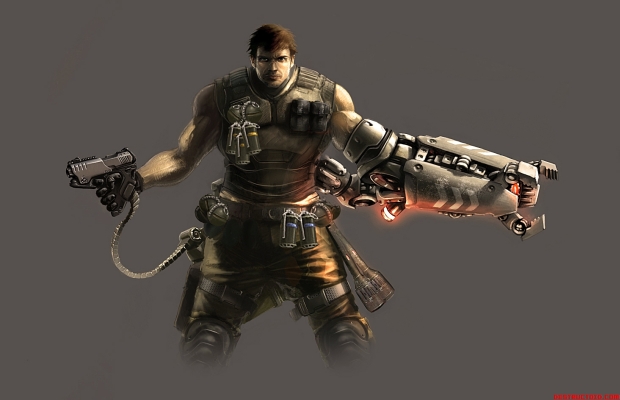 Destructoid brought you a bunch of exclusive concept art from Bionic Commando today. It’s pretty amazing seeing how the main character and the arm changed from concept to what we have now. I can’t wait until cybernetics get to the point it’s like in Ghost in the Shell. I’d so upgrade my body.

Destructoid is a nominee in the Webby Awards, Joe Burling starts up his monthly analysis column, the Destructoid comic is back in action, Brad N brought you a review of Assault on Dark Athena, Scratch DJ developer is suing Activision and plenty more happened on 04/14/09.

GDC 09: The Conduit, the Wii FPS you need to see

Game Debate to the Death! Puzzle Quest VS Henry Hatsworth

Forum of the day: Why Ninja Gaiden Why?

Those About to Die: Colossi!

The Chronicles of Riddick: Assault on Dark Athena

Amazon has got you covered on the cheap XBLA game front

Netflix to test and prototype streaming on other platforms

Rumortoid: Will Starhawk be Warhawk in space?

Nintendo hoping not to be so lame at E3 this year

End of Eternity won’t end for ten years, according to Sega

Grim Fandango action figures are to die for

Geek chic: Join the gaming revolution with this shirt

The Legendary Starfy is cute, we have pics to prove it

Environments and levels, Damnation has them

Fight Night Round 4’s better than FNR3, this video proves it