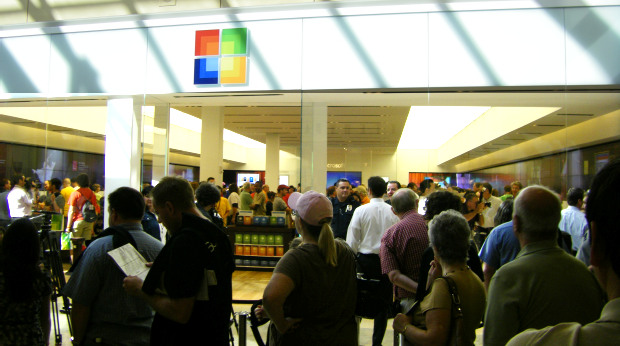 Conrad Zimmerman got to check out the new Microsoft retail store and brought us a look at what to expect from the place. Really like that they do on-demand software printing and on-site Xbox 360 repairs.

Ben checked out Avatar, we talked to the team behind The Crystal Bearers, check out craineum’s Halloween project, our meetup section has been overhauled and you can win a PC just for checking it out, Nick reviewed the new Ratchet & Clank and more happened on 10/22/09.

Out of the Void and beyond the Beat, the Future of Gaijin

The Memory Card .72: The collapsing building

Nothing is sacred: Kill the controller

Forum of the day: Halloween Gaming!

Winner of the sweet shades from Gunnar Optiks

A Castlevania The Adventure Rebirth screen (and friends)

Splinter Cell: Conviction on PS3? ‘There is always hope’

Dragon Rising DLC and patch may hit together

Get comfy: Assassin’s Creed II has 3 hours of cutscenes

MGS: Peace Walker on PSP so children can play it

Six Days in Fallujah not dead yet!

R.U.S.E. getting it on with Windows 7 and multitouch

Analyst: ‘Xbox 360 consumers are not begging for Blu-ray’

How stuff works: The making of Ninja Gaiden’s wall boobs

Progression: Assassin’s Creed II to have plenty of it

Kingdom Hearts: Birth By Sleep trailer looks like this

Could The Red Star be coming to XBLA and PSN?