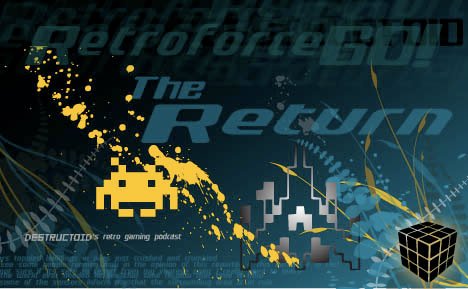 RetroforceGO! is back! I’m so happy that I just drank a slurpee made out of pizza rolls and puppies! I think I’m going to throw up. YAY!

Podcastle is taking a break, Etch A Sketch is the iPhone’s killer app, Samit reviews Top Spin 3, a new Mega Man 9 trailer is released and much more happened on Thursday.

Contests:
Win a copy of Overlord: Raising Hell for the PS3!

Announcements:
Oh yeah, no Podcastle for a bit n’ that, sorry!

Offbeat:
Introducing the Wiibrator, or, how to diddle yourself with a Wiimote
Happy birthday to Goozex, they turn two today!
Playgirl model gyrates his way through Wii Fit