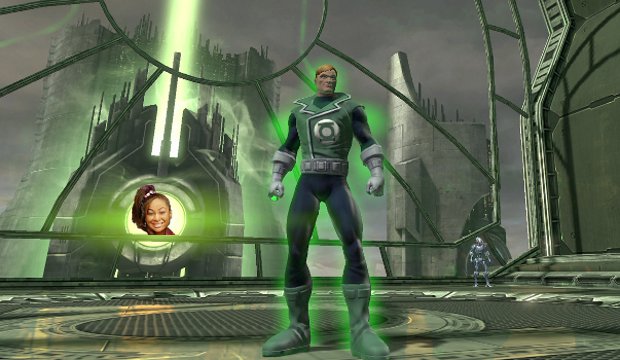 Hello massively multiplayer enthusiasts and welcome to another exciting edition of “That’s So MMO!” Before we get down and dirty with the weekly wrap-up (July 10 – 16), I thought I’d tell you a bit more about my history with MMOs …

Around 1997 I read about Ultima Online, and while fascinated, I couldn’t quite grasp the somewhat bizarre online world concept. In the fall of 1999, when Computer Games Magazine shipped with an Asheron’s Call Beta disc, I jumped right in and was instantly hooked.

From there I dipped my virtual toe into EverQuest, suffered through the horrible launch (and thankfully fun gameplay) of Anarchy Online, and so on, until Blizzard blew us all away with the genre-defining World of Warcraft in 2004. I didn’t think I could fall any deeper in love with multiplayer worlds — but I did. I’ve tasted just about every major MMO (and dabbled in many minor titles) and currently have Lord of the Rings Online and WoW loaded on my home machine. My most-anticipated titles are Star Wars: The Old Republic and Warhammer 40k: Dark Millennium Online.

Alright, that’s quite enough about me — onward to the news!

“In brightest day, in blackest night” SOE have announced the first DLC pack for DC Universe Online. “Fight for the Light” focuses on The Green Lantern and introduces a seventh power set — Light. When the DLC hits this summer players can visit the Green Lantern Corp’s home planet Oa and battle Brainiac inside S.T.A.R Labs. Ryan Reynolds shiny teeth and washboard abs not included.

“Prophet of boon?” Reakktor Media’s space combat MMO Black Prophecy has launched for North America. Featuring attractive visuals and a universe created by Sci-Fi author Michael Marrak, BP claims “fast and exciting real-time combat space battles” and “quick and easy game fun without the necessity to develop your character over months.” Those adverse to EVE’s deliberate pace may want to take notice. Most enticing — the game is free-to-play.

“Secrets spilling” The unknown is fast becoming known inside Funcom’s The Secret World. Recently, the developers of this modern day fantasy MMO have unveiled fresh locales such as The Polaris and The Savage Coast, shown off spooky new monsters like The Wendigo and Deep Ones and have even presented lengthy video walkthroughs. If you really want this one to remain a secret you might want to stop paying attention. A PR conundrum for sure.

“Mobile Moogles?” Multi-platform Final Fantasy XI (PC, PS2, 360) may be adding yet another way to play the nine-year-old game. According to Famitsu, FFXI’s Hiromichi Tanaka says the team is looking at porting the MMO to PlayStation Vita. In related news, FFXI’s July update added new NPC vendors, job improvements and perhaps most welcome for an aging game: a higher maximum resolution and more-detailed icons.

“Nex flex” CCP has attempted to quell dissent in EVE Online by assuring the player community: “It is CCP‘s plan that the Noble Exchange (NeX store) will be used for the sale of vanity items only. There are no plans, and have been no plans…to introduce the sale of game breaking items or enhancements.” Many players were satisfied by the statement while others pointed out that the word “never” was missing. Some still fear game breaking items may appear eventually. Whatever’s Nex?

“Alt-Create” Russian-made, free-to-play MMO Allods Online pushes ever-forward like a beaten circus bear bent on revenge. Patch 2.0.04 introduced a reincarnation system sure to please alt-o-holics. Players of at least level 46 can now create an alt who will share gold, astral ships and all purchased item shop goodies. This is a nice nod to faithful players who may cringe at buying important upgrades for yet another character. Na zdorovje!

That’s going to do it for this week, my friends. Tune in next time for more MMO madness. Keep it logged-in.