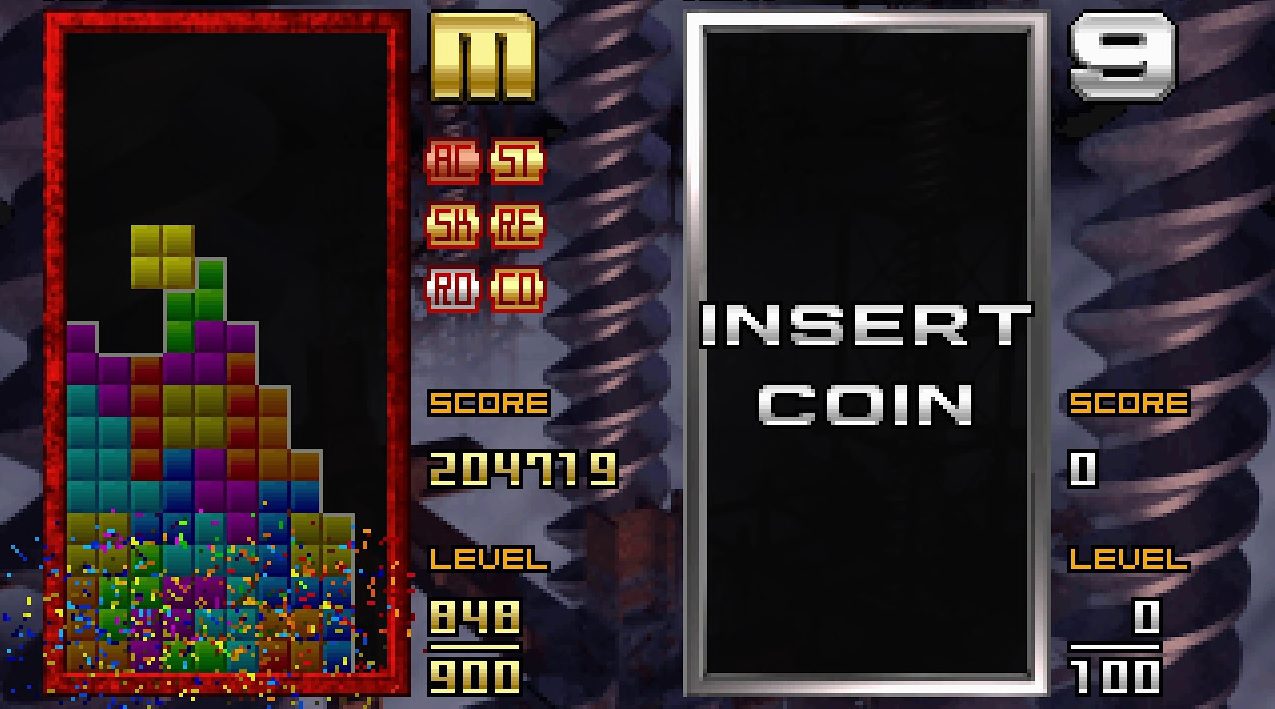 In a muddled set of circumstances, it appears that excellent arcade puzzler Tetris: The Grand Master is to finally receive a home port. That’s according to Arika VP Ichiro Mihara, who seemingly announced the port by announcing that its announcement has been delayed… Still with me?

As spotted by Nintendo Life, Mihara took to Twitter yesterday in order to apologize for the fact that the reveal of the awesome block-busting game’s home port could not be revealed yet due to reasons beyond Arika’s control — thus revealing the existence of the home port regardless… Well, at least they got it out there. No further information was noted by Mihara, so we still do not know Tetris: TGM’s port platforms nor its release date. We’ll find out soon enough.

Tetris: The Grand Master launched in arcades back in 1998, fast becoming one of the standout titles in the compelling series. Often used in both competitive and speedrunning scenes, Tetris: TGM would be followed in the arcade scene by numerous reworks and expanded sequels — such as Tetris: The Absolute: Grand Master 2 Plus and Tetris: The Grand Master 3 – Terror-Instinct — but surprisingly has never seen a home release. If Mihara is to be believed, then this is a grand day for the Tetris community, who will already be clearing space for the incoming volley of Tetrominos.

We will be sure to keep you updated when any official word from Arika is forthcoming.