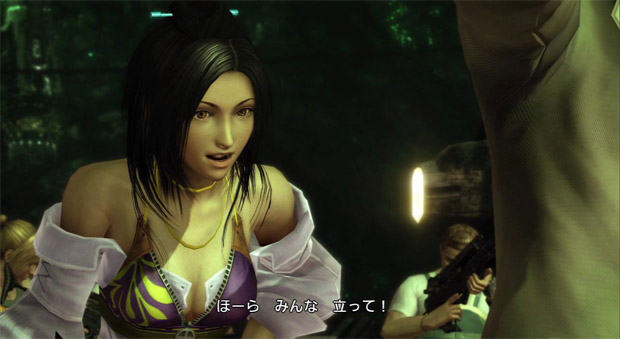 I’m a good few hours into Final Fantasy XIII now. My verdict so far? It’s not groundbreaking, unless you count the visuals. Otherwise, it’s a good, solid RPG so far. The battle system has just started to open up, as has the story. For the latter, I suspect I’ll enjoy it more in English, as I’m just getting by in Japanese, but it’s still quite entertaining, and I’ve found it hard to break away from the game. Oh, and レブロ is smoking hot. Panties on the battlefield is a wonderful idea, Square Enix.

Some of this stuff is familiar if you’ve seen the demo that came out in Japan. The difference here is that it’s fleshed out a bit more, and you’ll see menus and save points and such. Also, there’s that breathtaking introduction. It’s a new high point for CG in games, and the web video version does it no justice at all.

Making this Ten Minute Taste let me know that I really need to make an additional TMT of the first section of the game that was not shown in the demo. I’ll do that later today if you’d like.