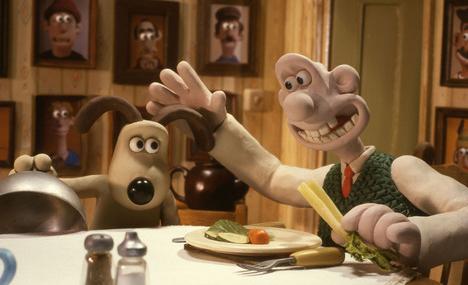 I adore Wallace & Gromit. Unfortunately, after gallivanting through three incredible shorts and an Academy Award-winning feature film, the wacky inventor and his verbally-challenged dog companion starred in a few subpar videogames. They weren’t necessarily terrible, they just turned out as generic platformers, lacking not even half of the creativity and cleverness of the duo’s on-screen antics.

Not much is known about what genre Grand Adventures will fall into (here’s hoping adventure game!), but Telltale promises “it will be more true to the franchise than previous games.” In addition, according to Telltale CEO Dan Connors, the game will most likely retain the look of the claymation characters, including such small details as fingerprints on the main characters. If the below early screenshot is any indication, things seem to heading in the right direction.

What do you think? Are you a fan of Wallace & Gromit? If so, are you excited to see a game coming out that may do the brilliant film series justice? Do you agree that the toy train chase scene at the end of Wrong Trousers is one of the greatest action sequences in movie history?

[Via The Associated Press — thanks, Power Glove!]