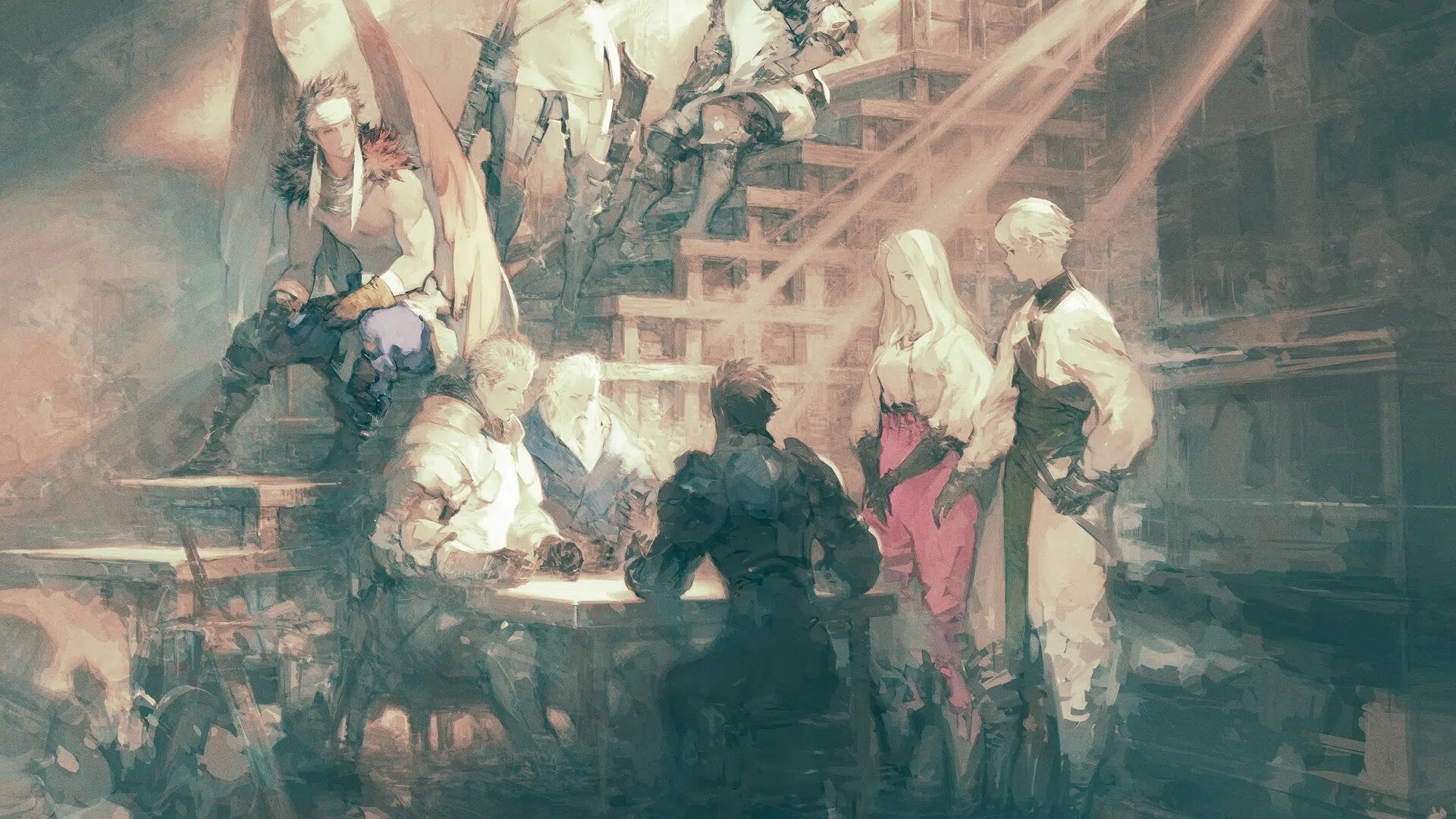 The Year of Tactics carries on

A listing for Tactics Ogre: Reborn leaked out last night. A PlayStation Store listing not only had the name, but also a few pieces of art to go along with it.

Though the listing is down now, users were quick to catch the relevant info and art (thanks, Escapist) before it went away.

Sadly, there wasn’t anything about pricing, release date, or details about the upcoming project. All we have is the above and below images, one bearing the name Tactics Ogre Reborn.

If we want to over-analyze a bit, the above image struck me a bit because it is pretty darn similar to the box art of Tactics Ogre: Let Us Cling Together. You can see the box art below (via MobyGames) has two similar characters and stances in front of a flag. Reborn, however, is stylized closer to Akihiko Yoshida’s style of art seen on the cover of the PSP version of Let Us Cling Together.

Let us believe, together

That’s about all we’ve got to go off, aside from it being published by Square Enix and designated as an RPG. Square Enix did trademark Tactics Ogre: Reborn in April though, so this looks like confirmation that something’s happening.

Tactics Ogre and the overarching Ogre Battle series doesn’t always get the universal admiration of fellow Square strategy game Final Fantasy Tactics. But entries like Let Us Cling Together have been lauded among tactical RPG fans for ages. The last Ogre entry was the Let Us Cling Together remake for PlayStation Portable in 2010, which the U.S. got a year later. Older entries like Ogre Battle 64 and The March of the Black Queen are even further back, though they did get Virtual Console re–releases.

We don’t have any confirmation on what this specifically is or when it will be announced. But this Tactics Ogre: Reborn listing does add onto the pile of a very tactics-filled year. There are the impending Front Mission remakes and new entries like The DioField Chronicle. And we’ve already had stellar games like Triangle Strategy. It’s a good time to be a tactics fan.