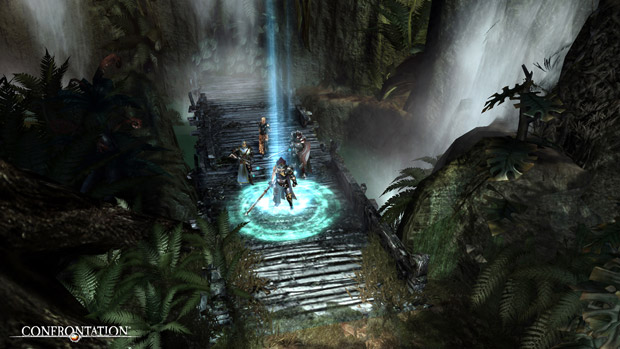 Up until today I had no idea there was a miniature fantasy wargame called Confrontation, but Cyanide (Blood Bowl, A Game of Thrones: Genesis, Of Orcs and Men) is working on a PC game based on it. I honestly have no idea what the gameplay is about, other than that you can develop squads of soldiers and creatures in a role-playing game fashion and use them to fight tactical battles. There seems to be a story too, which hints at the tabletop game’s fourth edition — titled The Age of Ragnarok — for existing fans of the Confrontation.

These screenshots have a bit of a Neverwinter Nights meets Dungeon Siege vibe going on and a game like this could be pretty neat. We can always use some more RPG/tactical/strategy blends on the PC now that Dragon Age is, well, you know, less like that. Cyanide appears to be a studio that sets highly ambitious goals for itself, perhaps too high at times, so I hope this one will work out a bit better than their recent A Game of Thrones game. I’ll be keeping an eye on it just in case.

Confrontation should hit PCs in Q1 2012.

Filed under... #Board Games#Gallery#Role-Playing Games