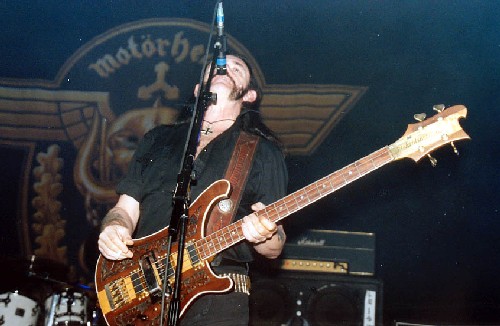 Now here’s a pleasant surprise for old-school metalheads. Activision has dropped a three-pack Motörhead track pack for the Guitar Hero III today. Xbox 360 shredders can grab the pack for 500 Microsoft Points right now, and the tracks will be available later today with the PlayStation Network Update for $5.99.

The pack contains three songs: “(We Are) The Road Crew” from their 1980 album, Aces of Spades; “Stay Clean” from 1979’s Overkill; and “Motörhead” from their 1978 self-titled. All songs appear to be master tracks, and videos can be seen after the jump. (Well, except for “Motörhead,” because that’s a real pain in the ass to find on YouTube. Stupid bands who names songs after their name…)

As of this writing, MTV Games/Harmonix has brought no Journey or Motörhead songs to Rock Band.