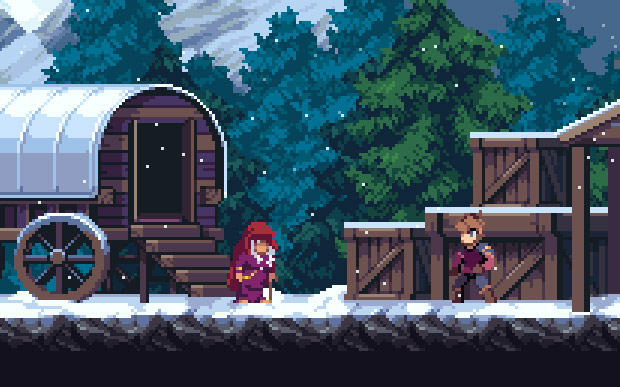 Kickstarter is moving along nicely

Previously, a Game Developers Conference demo for 2D action-RPG Chasm was playable on Windows, Linux, and Mac. This week, Discord Games is back with an updated build.

It’s been long enough since I played the former that I’ll just take the the team’s word for what’s new: “overhauled graphics, two new game modes, mappable keyboard controls, fan translation support, tweaks and bug fixes.” Even if a large portion involves slaying rats and other early-game creatures, the promise of where Chasm can and likely will go is alluring.

There’s two weeks left to raise approximately $45,000 for the project to be funded. Looking at the current rate of progress, that should be entirely feasible.