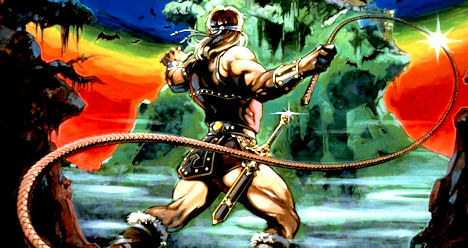 I am sure that everybody, at some point in their lives, has been playing a videogame and suddenly found themselves questioning the sexual preferences of the characters involved. Ultimately, one finds one’s self asking the final and most pressing question of all — is that character a dom or a sub?

Does Sephiroth, for example, prefer to take charge in the bedroom, or does he prefer to let others do the leading? Is Pikachu an aggressive sex beast, or a whimpering puppy dog? These are the questions we have all asked.

Actually, nobody has ever asked that question, because it’s inappropriate and rather offensive. Still, that’s not stopping us from asking it today, so come with me as we go on the ultimate voyage of discovery and ask — sub or dom?

Why: Although Solid Snake has a rough and aggressive demeanor, with his battle-hardened exterior and famously gritty voice, there is no doubt in my mind that the “legendary hero” is also a legendary bitch. There is plenty of evidence to support this, too.

In nearly every game he’s appeared in, Snake has been taking orders and following them to the letter, even when he pretends he’s not happy about it. He whines and complains, but if you tell him to jump, he’ll still ask how high. He is no stranger to being used in a mission, even when he tries to break out on his own. At every turn he’s nothing but a fuckpuppet to be played around with and then discarded. He is controlled all the time, and that extends to the bedroom.

When Colonel Campbell tells him to press X and crawl on his belly, you can be damn sure Snake will be crawling on that belly. That naughty, naughty belly.

Why: Kirby is one assertive guy, and he’s not afraid of eating you whole if you step out of line. Nintendo’s little pink puffball represents a classic dom, one who’s willing to chew you up and spit you out. It rarely gets more dominant than eating somebody, taking all their powers, and then fucking everyone up. There’s no way Kirby won’t be using that kind of power in bed.

Although there’s no evidence backing it up, I’d definitely say that Kirby is into cock & ball torture predominantly. Probably.

Why: Like development studio, like hedgehog. Sonic Team was outed a while ago as nothing more than a harem of slaves, existing only to do Master Sega’s bidding, and with Sonic jumping through hoops and doing anything he can to please, no matter what the cost to his dignity may be, there’s no denying that he’s as submissive as they come.

He’s little more than a spiky blue bondage slut these days, rather pathetic and sniveling. I can quite easily see Mario in high heels and suspenders, ordering Sonic to lick his feet, and the once proud hedgehog getting on his knees and slurping every inch of Mario’s shiny black shoe clean. I’m fairly sure this has happened, and that he’s probably forced to sniff Mario’s crotch as well.

Name: The Locust Queen
From: Gears of War 2
Dom or Sub: Dom

Why: In a game where huge and burly men pump their phallic guns and more than likely fuck each other up the arse from dawn ’til dusk, it’s no surprise that a strong willed and powerful female villain is at the heart of the Gears of War franchise. She more than likely represents Cliffy B’s innate fear of vagina, and may also be tied to several mother issues. Either way, she’s as dominant as they come.

The Locust Queen has an entire army of male drones willing to follow her to the ends of the Earth and will undertake any order without a moment’s thought. Anybody who doesn’t believe she regularly uses this power to get her minge munched is lying to themselves. She is all about control, and if you’ve played as the Locust during a Gears online match, you’ll soon know humiliation if you fail and earn her scathing review. She’s a woman in charge and she knows it. She likes it.

Why: He’s called Sackboy! The very name alone is obvious proof that he’ll let you bounce your balls on his eyes for a bag of crisps. The Sackpeople of LittleBigPlanet are no strangers to pain, allowing you to throw them about like ragdolls, electrocute them, set them on fire, whatever you want, and they’ll keep coming back for more. They’re almost as sick as Albert Fish, except without the whole “eating children” part.

I think most Sackboys could be coaxed into anything. Knife play, blood play, tit torture, the works. Considering their propensity for dressing up, I wouldn’t rule out ponyboy and puppy shenanigans either. They’d definitely stick a tail up their arse and prance about if you told them. Sackpeople will be whatever you want them to be. The little whores.

Why: The whip and the kinky clothing are a bit of a dead giveaway, don’t you think? Simon’s answer to any problem is simply to give it a firm lashing, and he’s not shy about administering firm discipline to anything that stands in his muscular way. Anybody capable of fucking up Dracula — himself a known dom — is not going to bend over any time soon.

Why: Pikachu is Ash Ketchum’s special best friend, and by that I mean Ash has definitely smeared jelly on his little hairless balls and made the furry yellow bastard lick it off. Pokémon serves as a kinky power fantasy for everyone aged seven and up, as your entire aim is to become a “Master” and force wild beasts into your devoted servitude.

The special friendship between Ash and Pikachu in the Pokémon cartoons shows evidence of a “collared” sub/dom partnering, where the slave (Pikachu) is the possession in an intimate loving relationship. Ash regularly “trains” Pikachu, all the while reinforcing his twisted love for the electric rodent, and despite constant reminders that they’re partners, Ketchum still expects loyalty, discipline and a willingness to suffer for his own delight.

The whole franchise is a celebration of sadomasochistic culture. No wonder the Church hates it.

Why: The dark glasses, the cold and callous veneer, the affinity with leather gloves — Resident Evil‘s classic villain is pure dominance, something that should be obvious from the way he gets off on picking people up and punching them across a room.

Wesker strikes me as the kind of guy who can’t even get a semi-on without having strangled something first, and who can only orgasm upon hearing a pelvis shatter. He’s a real sadist, none of that furry handcuff bullshit. He’ll use real cuffs, and the cuffs will be covered in red ants. And broken glass. And on fire. And you’ll have a guitar neck up your arse too. The guitar neck will also be on fire.

Sexy time with Wesker is pain time, and not good pain either.

Why: The famous Tetrominoes of Tetris fame might look like colored blocks of puzzling proportions, but their actions in the classic game speak volumes. They are quite clearly representative of submissive desire, as their sole existence is to fit into place at their master’s calling and become nothing. It is submission taken to its most extreme, a complete loss of being for the sake of fitting in.

Yes, they appear simply as brightly colored shapes, but they are dark inside.

Why: You don’t convince yourself you’re the inheritor of a planet, the son of the most powerful monstrosity that ever lived and the destroyer of all unworthy life only to let someone else spank your nipples. No, if there’s any nipple spanking to be done, the Son of Jenova will be holding the titpaddle. Plus, there’s plenty of Yaoi images online that can back me up here.

Why: The final entry in this little feature can be categorized as neither dom nor sub. A “switch” is a person who can go both ways, and Pac-Man is nothing if not a prime example of this. Yes, Pac-Man is the ultimate switch, going from submissive to dominant in seconds.

One moment he’s the weak and whimpering bitch, chased by four oppressive ghosts who will force Pac-Man to eat himself out. The next moment, he is the one in control, reducing his former masters to the role of the sniveling wretch, gobbling them up without a trace of mercy.