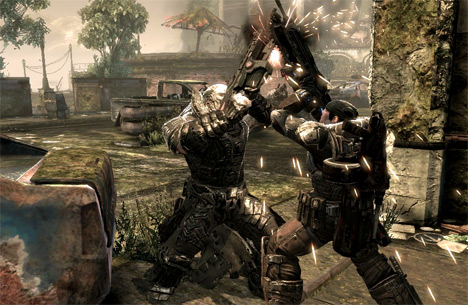 With the ungodly amount of first-person shooters on the market these days, chances are high you’ve played at least one during this generation of games.

For the most part, the shooter genre is not widely regarded as having the most emotionally-driven stories in gaming (no one cares about your wife, Dom), and Gamasutra has an interesting theory as to why that is.

A recent study used biometric feedback to measure player responses to the initial 90 minutes of big-name action titles such as Gears of War, Resistance, and Halo 3. The issue most game’s suffered from was an inability to keep gamers engaged during tutorials and — you guessed it — cutscenes.

It’s hard to summarize this extensive study in a few short paragraphs, so I urge everyone to go check it out. And if you’re too lazy to be bothered, here’s something to think about: players best connected with the cutscenes found in Gears of War. Who knew?