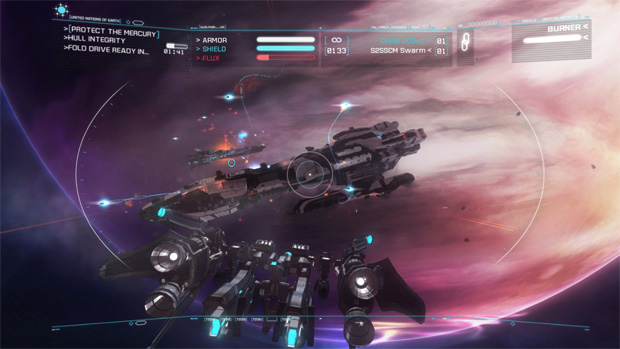 Casey’s preview of Strike Suit Zero had me on board before I finished reading it. Even halfway decent space combat is an alluring prospect in this day and age, to say nothing of the ship’s ability to transform into a mech. While what’s been shown publicly so far has seemed mostly there, Born Ready Games could use a bit of help in finishing the PC version.

As such, the team has taken to Kickstarter with a reasonable goal of $100,000 that is already well on its way to being funded having surpassed the $70,000 mark. With 22 days left to go, consider this your opportunity to nab Strike Suit Zero for $20. That’s the minimum pledge needed to get a downloadable copy once it’s ready in January 2013.

Of course, there are those stretch goals to consider as well. The only one posted so far is set at $130,000, which would result in Born Ready unleashing mod tools into the wild. That would obviously be great for all players, not merely the tinkerers in the audience.