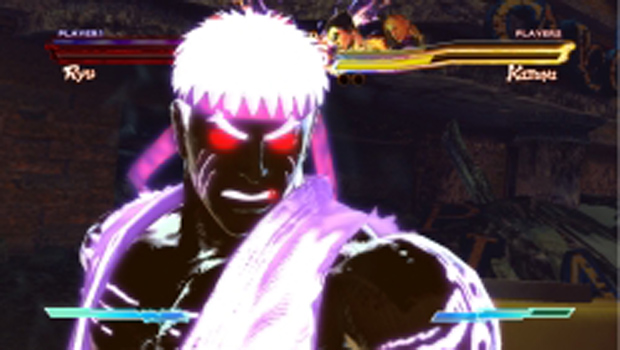 The latest trailer for Street Fighter X Tekken is bound to please some fans and scare others. The reveal that Final Fight/Alpha 2 veteran Rolento, Street Fighter mainstay Zangief, Tekken‘s big daddy Heihachi, and relative series newcomer Lili are bound to be welcomed by most. I mean, who doesn’t love Rolento and Heihachi? Old men that kick ass are never a bad thing. The grenades and bozo hair are just the icing on the cake.

The game’s new modes, including four player true tag team combat, are also looking good. I always loved the secret “dramatic battles” found in Alpha 2 and Alpha 3, so seeing them make a return in this very Alpha-like title pleases me on both a nostalgic and a practical level. I’m also intrigued by “Pandora”, the game’s newly announced gameplay hook. The trailer does a better job of explaining it than I can, but in short, there is a weird space thing that makes fighters turn into pissed off purple powerhouses, but only at the expense of the life of their tag team partner. The whole thing reminds me of Violet Beauregard, but instead of eating candy and turning into blueberries, these fighters eat each others souls and turn into ass kicking demons. Creepy!

X-Factor really pissed off a lot of Marvel Vs. Capcom 3 players. I wonder if Pandora will have the same effect on Street Fighter X Tekken?