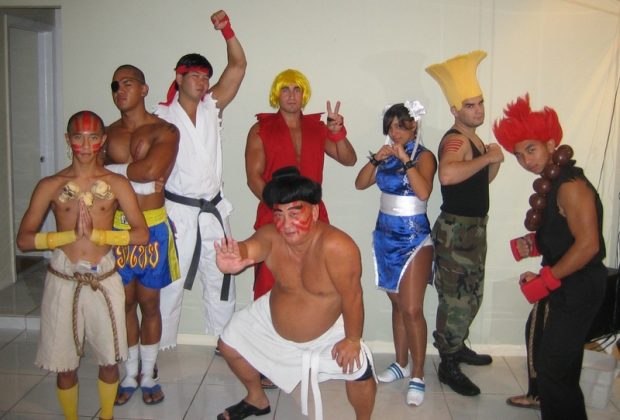 The official Japanese Street Fighter IV blog has revealed that they will be making a statement about a potential new Street Fighter game. The announcement, by way of Natsuki Shiozawa and Yoshinori Ono, promises that something will be said. Granted, they might just end up saying that a sequel won’t be happening at all, but it’s weird that they would hype up an announcement about no announcement. As Andriasang points out, Tokyo Game Show is next week and we may hear something about whatever this is about then.

In related news, more info on Street Fighter IV Dash was potentially leaked on SRK. The thread with the details was completely deleted, but a SF fan site managed to catch all the info. If Dash is real and if this source is to be believed, than Dash could see a total of ten new characters. Eight of which will be from SF II, SF 3 and Alpha, plus two completely new characters. (via de BLOO’s C Blog)

If you think about it, this news post has no real solid information as everything is up in the air! Yay!