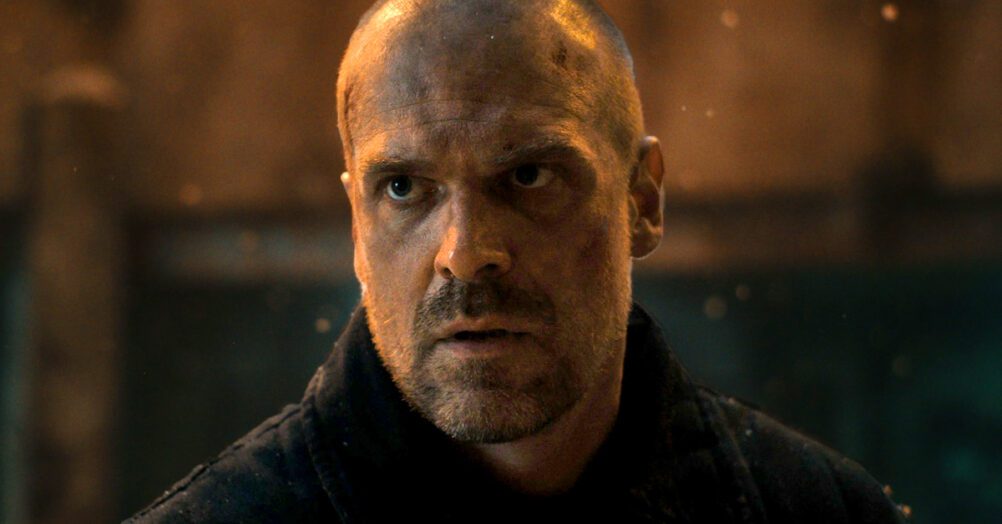 And I say give it to him

David Harbour is one of my favorite actors right now. He was one of my favorite characters in Stranger Things, and after seeing him in his new Christmas-y comedy action flick Violent Night this past weekend, he cemented his place as one of my favorite actors working today, period. He can do it all — drama, comedy, and most importantly, the surrogate father trope that been so hot in games the past console generation. Based on his serious nerd cred alone, I’m surprised Harbour’s only games credit will be an upcoming horror game along with Jodie Comer, star of the spy thriller series Killing Eve.

There’s a chance that all might change, however, because in an interview with Video Games FN, David Harbour shared another game series he dreams of working on: God of War. “I really like what those guys in the God of War universe are doing with my buddy Richard Schiff as Odin,” he said. “They sort of mess around with that genre too, and they’re always surprising in terms of these gods and they wind up becoming–Thor is a big old jerk and Odin being this kind of older intellectual. I’d be interested in possibly doing some of that.” Well Mr. Harbour, we would also be interested in you doing some of that. After a series of action-packed roles, he’s proved he’d be a perfect fit in both stature and demeanor. Now I’m not advocating for any form on nepotism, but if Richard Schiff is already a friend on the inside, he might be able to get Harbour an audition, at the very least, for any new roles that might arise in the next God of War game.

Seeing as God of War Ragnarok just came out a few weeks ago, we don’t have so much as an announcement that another GoW game is in the works, but I’d bet my money plans have already been lined up for some time now. Now if they can only get David Harbour involved, I might finally be persuaded to give the series a second try…