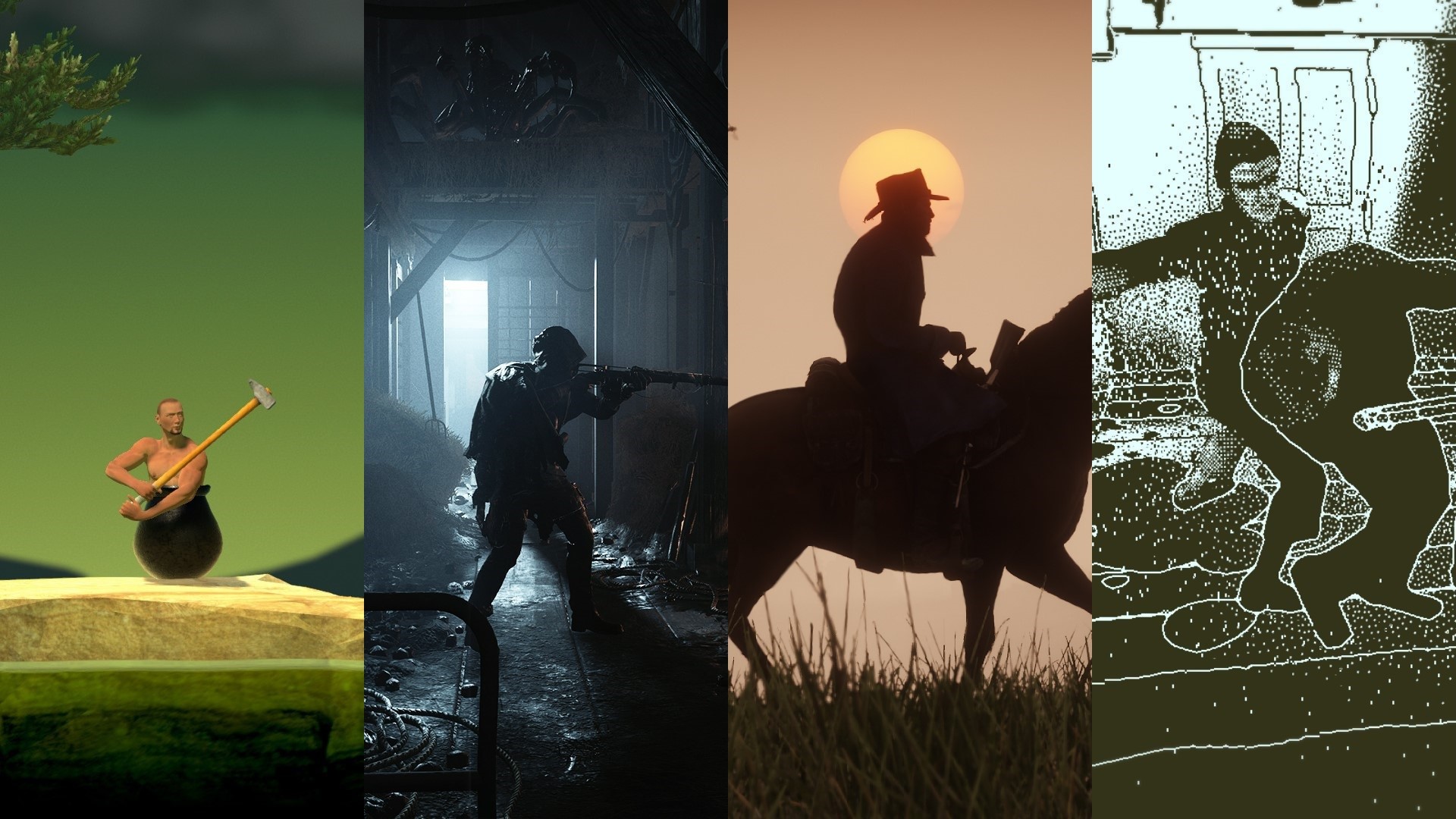 Welcome to a new set of entries into the BRG Collection. The rest of the games in my ongoing list can be found here or at the bottom of this blog. With that said, here are entries #5-8.

A boat thought long-gone shows up on the coast of 1807 England with all sixty of its passengers missing, and it’s up to you to figure out what happened. It’s a decent premise for any puzzle game to follow, but Return of the Obra Dinn goes above and beyond by delivering a puzzle experience unlike others. You solve the mystery of the missing passengers through dialogue and still moments of events in a non-linear fashion. It’s an incredibly fun way of solving each person’s case, but it’s also an equally incredible form of storytelling and character development despite its monochromatic art style and lack of movement. The booming soundtrack also imbues an epic feeling to each scene, adding weight to each and every death. Piecing together the tragic story of the Obra Dinn is just as gripping as its puzzle mechanics, and it’s the two working together in unity that makes this game so special.

Getting Over it With Bennett Foddy became popular for its notorious difficulty. You climb a mountain using a sledgehammer, and there are no checkpoints as well as plenty of points where you can fall back to the beginning, so it was natural for the streaming community to pick up the game and deliver plenty of laughs. What isn’t talked about as much, however, is the commentary from Bennett Foddy found throughout the game, and it’s through his philosophies on the games industry and the difficulty of this game that makes this experience so much more than just a funny game to watch. The obstacles in this game are real and uncompromising, but it’s through these obstacles that Foddy shows the value of frustration and the artificiality of difficulty in conventional games. Getting Over It is a frustrating game in all of the right ways, and it’s through this lack of compromise where the value of difficulty in video games really shines.

The release of a new Rockstar game is more of an event than anything, and Red Dead Redemption 2 was no exception. Rockstar’s latest venture into the Wild West is a much more serious tale than the satirical nature of their other series Grand Theft Auto, and it’s their best storytelling because of it. The story tackles themes of the changing of an era and the dangers of a manipulative yet charismatic leader, and Arthur Morgan as well as all of the other members of the Van der Linde gang are some of the best and most human characters in video games. On top of this, Rockstar’s attention to detail makes the setting and gameplay immersive like few others. Red Dead Redemption 2 is an achievement in storytelling and detail unlike any other entertainment product, and its achievements will stand the test of time as a milestone in gaming.

Creating a unique multiplayer shooter is increasingly difficult because of how crowded the space is, but Hunt: Showdown is a great example of one. This Western horror PvPvE shooter mixes elements of a battle royale with elements of objective-based multiplayer modes to create an addicting and replayable experience. What also makes Hunt unique is the importance of stealth thanks to the tension built from the game's excellent sound design, semi-permadeath system, low time-to-kill, and withheld information. On top of all this, the game’s take on 1895 Louisiana offers some unique lore that makes the setting even more interesting. Hunt: Showdown is a multiplayer experience unlike others thanks to its setting and structure, and its tension as well as its addicting game loop offers plenty of reason to go back again and again.