P.N. 03, or: That GameCube game no one remembers

i havent done a blog post in several months hmmm

truth is i wanted to do them regularly

but it got kinda exhausting

hopefully i can get back to it

i def will be more regular after my final exams, starting February next year. wish me luck, please! I cant wait to be done with college even though my heart isn't particularly in the medical field. but Asian parents, yunno. if you're smart you MUST become a doctor.

fuck 15-year-old me for getting good grades

but i'll make something work. i will succeed, that much is for sure. a blog whining about my troubles and worries will have to wait until some other time

rn i want to talk about games

A New Library Of Video Games Has Opened Up To Me! 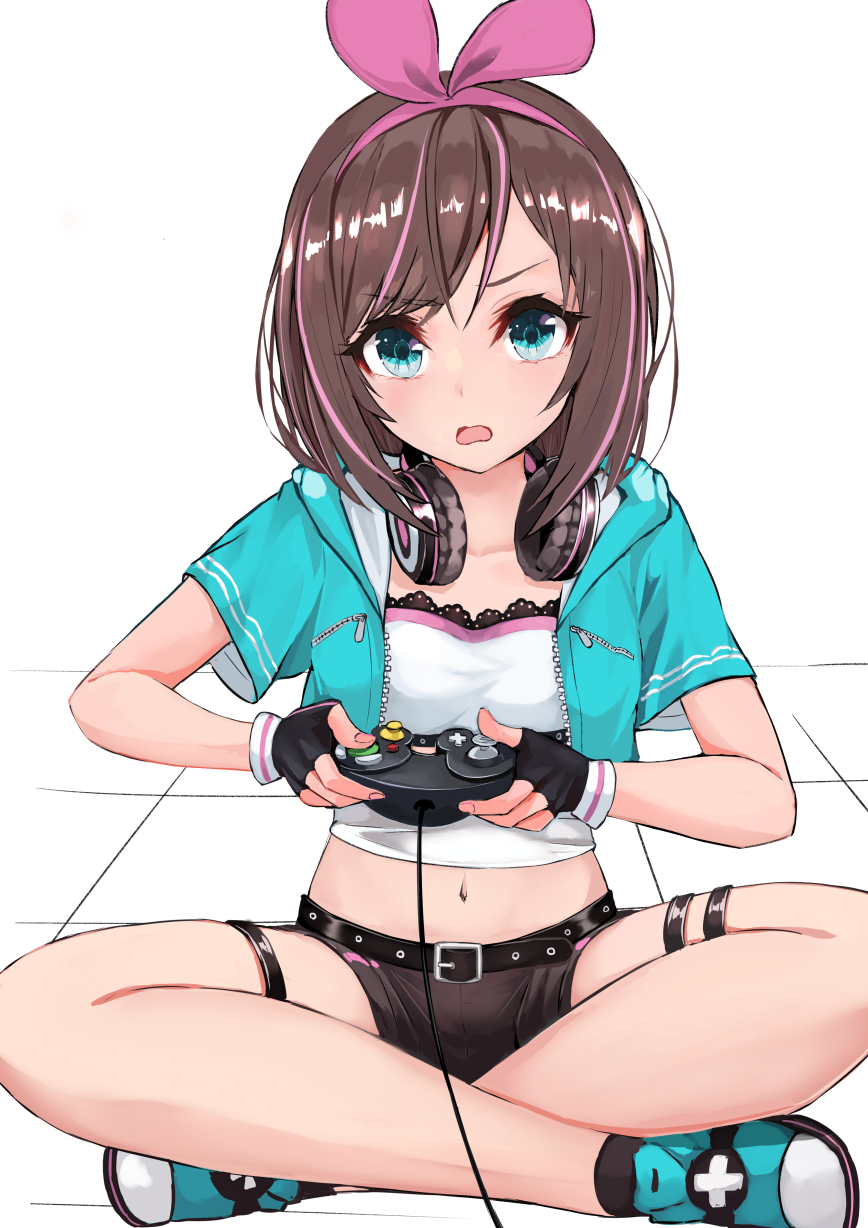 my GameCube controller adapter finally arrived after several months. Well tbh, originally I wasn't supposed to need it. i wanted to play Fire Emblem, and I wanted the authentic experience so I held off on emulating GameCube games until I had a Gamecube controller. In September I ordered a GameCube imitation controller that had a USB cable, so it would plug directly to my PC. But the idiots sent me an actual GameCube controller that had the GameCube controller port cable! it's a unique port that no other hardware in the world uses. So I would need an adapter, and finally after a failed attempt at getting it delivered last month (why the fuck do deliver men never show up and then cancel?), it FINALLY arrived! so now I can play GameCube games and it's lovely. I'm especially looking forward to playing Eternal Darkness (who wouldn't?) and Skies of Arcadia Legends (Sega are my lifeblood, you see).

i was always a PS2 kid, so the GameCube controller is pretty outlandish to me. But I like it. The A button is huge and central to show that it's the primary button ... the kind of thinking Nintendo would do, where accessibility is more important than versatility, ergonomics or adhering to a standard. i got used to the controls pretty quickly, played Code Veronica X's GameCube version a bit to test them out (gonna do a proper playthrough in the next few days, to see how I feel about the game now - my last thoughts on it from the PS2 version were that it was a decent game but had aged worse than the PS1 Resident Evils and could do with a remake like RE2 and RE3 got), and then it was time to play an odd little forgotten game.

P.N.03. It was one of the Capcom Five, five GameCube 'exclusives' (pffff hahahaha) that Shinji Mikami developed because the GameCube had NO fucking third-party support and desperately needed some. P.N.03 is the only one that actually stayed exclusive (this game is so forgotten I'd believe it if you said the devs forgot it existed and so didnt' port it), while another one called Death Phoenix or something was cancelled. The other 3 games did go multiplat. You might have heard of them, they're Viewtiful Joe, Killer7, and this VERY obscure game called Resident Evil 4.

here's what I thought 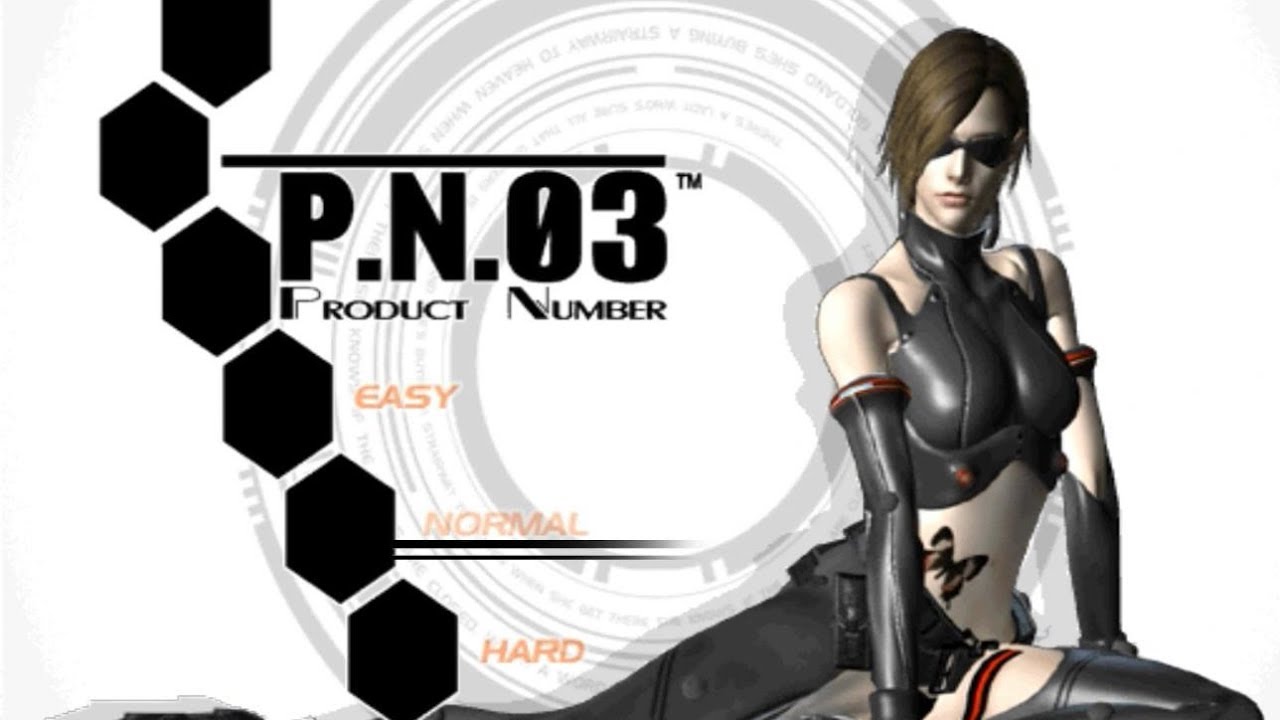 well, I just played through PN03 for the GameCube

it's a super obscure game that no one ever bought, but along with Haunting Ground and Devil May Cry, it's one of the games that are RE4's aborted twins in a way (i recognized some sound effects from RE4 in this). it's also the worst of them. which isn't to say it's a terrible game. just thoroughly, mind-numbingly mediocre.

the game really suffers from having tank controls and a useless camera (no free movement, camera may as well not have any controls at all tbh). this is the only game I've ever hated the tank controls in, i don't mind them in Resident Evil or Tomb Raider. This one has less functionality than the PS1 Tomb Raiders, since you can't move and shoot at the same time. even allowing strafing, rather than tank controls, would have been a big improvement. gameplay feels like you're playing one game with a different game's control scheme. like if DragonForce's live performances were a video game - everything is out of sync. the enemies feel like they should be in a hack and slash or max payne-style shooter rather than this very basic one.

speaking of shooting, the game was originally planned to be a cover shooter with lots of fancy stuff, but in the end they cut everything and made a game that was clearly made in less than three months on a shoestring budget. cover still plays a role, but less deliberately. your character strikes different poses with random sides and degrees of leaning while firing, so it's down to your luck if she picks a pose that lets you keep your cover. most of the time her choice doesn't work in your favour.

the control scheme also isn't the most intuitive, with crouching and switching targets being cumbersome because of the button layout on the weirdass GameCube controller. i still love it though. huuuuge A button.

dodging is a big deal in this game though honestly the emphasis on it feels like something they made up once they realized the control scheme, fixed camera and lack of freedom of movement (you can't shoot while moving or jumping, which would have made the game much more fun) would prevent aggressive play of any kind.

though there's some fun to be had in jumping out of the way of a missile at the last moment, most of the time it feels like you're working *around* the game's mechanics, not with them.

structure is arcade-style, split into rooms that often take less than a minute to clear. woulda been better to have longer-form levels with more flow but this arrangement isn't intolerable. since you get results after every room, I guess it's somewhat similar to Bayonetta's grading system after battles

speaking of which, this game's heroine is like Bayonetta's ancestor. hypersexualized chick with a snarky attitude. you can see traces of Bayonetta's DNA in this game which makes sense as the team eventually went on to become PlatinumGames.

there's only two pieces of voice acting in the entire game, music is pretty good
clearly it was made on a looow budget and in a short time, and I was expecting to see a very, VERY small team in the end credits too - maybe 10 people in 2003

to my surprise there were 5 programmers, 6 room designers, and 2 character animators
whyyyyy. whyyyy are there 6 room designers when every single environment looks exactly the same? and even in a game that has only 12 short levels, they are reused several times

5/10 stuff. even though 99% of what i have to say about it is criticism, i didn't hate the game. it was just something. a forgotten game that was made in a short time on a low budget. it was similar in quality and vibe to the many random PS2 games I had as a kid, so that was nice. it also stayed as a GameCube exclusive forever, which was one of the reasons I was curious about this ga- NAAAAAAAAAAAAAH. Who am I kidding. the reason I played this game was BUTT.

but no, it was all hand-animated. so i guess the designers spent a lot of time animating her ass, so much so that they forgot that they were supposed to be making a game

and thats about it see ya take care

hopefully i can get back to writing good blogs soon enough

- Life is a puzzlement, and the world is a dangerous place. All men are enemies and children are little insects that will turn and bite you if you don't step on them first and squash them hard.