Ori and the Will of the Wisps (PC) Review

Ori and the Blind Forest was a special experience for me. Moon Studios took advantage of the freedom that comes with indie game design, and combined it with beautifully honed platforming, and iced that cake with a powerful and moving soundtrack. It wasn’t perfect, but it resonated with me.

Ori and the Will of the Wisps might just be that vision perfected. Moon Studios took all of the already successful elements that Blind Forest had to offer, and enhanced them in ways big and small. It’s an improved sequel across the board, and will be the primary game I play when I return to the series in the future. 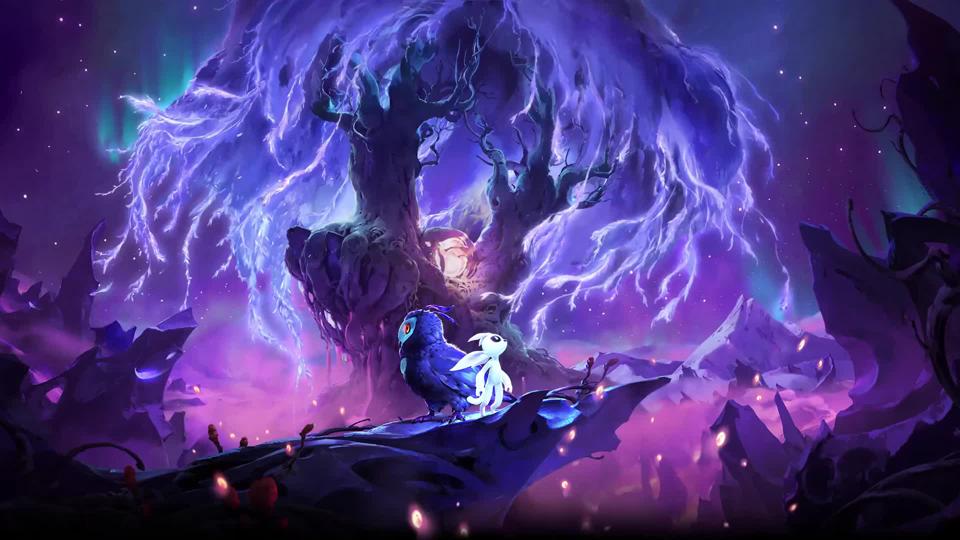 Ori and the Will of the Wisps picks up right where Blind Forest left off, with Ori and the gang raising Kuro’s last baby owl - Ku. PLOT EVENTS OCCUR causing Ori and Ku to be separated during a storm in a brand new location - Niwen. Niwen, like Nibel in Blind Forest, has seen better days. Alongside saving Ku, Ori is drawn into an adventure to save Niwen from decay. This reason Niwen is falling apart is given a lot of context throughout the course of the game, and it’s an intriguing tale to uncover.

Will of the Wisps follows a similar storytelling style as Blind Forest, where the story is told through a combination of narration, visuals, and an emotional soundtrack. These aspects are in line with the quality of the first game, which were already stellar. All of these elements that fans adore from Blind Forest are still here. Will of the Wisps enhances the storytelling immensely by adding side characters who have their own dialogue which flesh out the world of Niwen. These characters serve gameplay purposes, as well, with their own side quests that tell smaller stories within the game. These are optional and brief, but fun - plus they lead to gameplay enhancements. These characters help make the world feel more lived in than in Blind Forest, and it gives the plot more stakes to save these people and their homes.

Ori’s story, and how interconnected it is with the world of Niwen, is a powerful tale that I think will resonate with players of the last game. Additionally, Will of the Wisps does a great job of bookending what may well be a two game series. While I wouldn’t say no to another game in the series from Moon Studios, it doesn’t feel necessary, and I appreciate that.

Ooooh, baby. Gareth Coker has struck gold again, and it’s a huge win for Will of the Wisps.

This is another gorgeously composed soundtrack. It’s emotional, joyful, exciting, and an easy listen. From the start menu to the credits, the music resonates with you and packs a punch. As someone who plays a lot of video games, I often find myself listening to my favorites outside of the realm of playing the game. When I’m driving to work, working on a project, or even taking a nap. My favorites are the one that take me back to the mood I was in when playing a particular game. The music in the Ori series takes me back to a place of zen. Occasionally it gets to be really intensely zen if it’s one of the chase sequence themes plays, but zen all the same. As a whole, the soundtrack enhances the story Moon Studio’s is telling and the nature of Ori’s world. It doesn’t just enhance the package, but is a defining aspect of the game.

The quality carries into gameplay sound design as well. Each enemy has sounds fitting of their form, and the weapons and skills at Ori’s disposal pack the right kind of punch. The different environments also showcase their own unique sounds. It starts off sounding like you are exploring a giant forest - which you are - and changes to reflect the different elements in each of the game’s locations.

Let’s get to the juicy stuff. From a gameplay perspective, Will of the Wisps builds on what I loved in Blind Forest, and vastly improves what I didn’t.

First off, this is a platformer, y’all. Get ready to jump with precision or die trying. You’ll spend about all of your time jumping around a challenging map and solving environmental puzzles. Thankfully, Ori controls with beautiful precision. This makes flinging him all across the map not only a ton of fun, but highly satisfying. This is important, as there are definitely some platformers with imperfections that create unnecessary frustration. I always felt like my mistakes were mine to own, as opposed to the game itself being to blame. 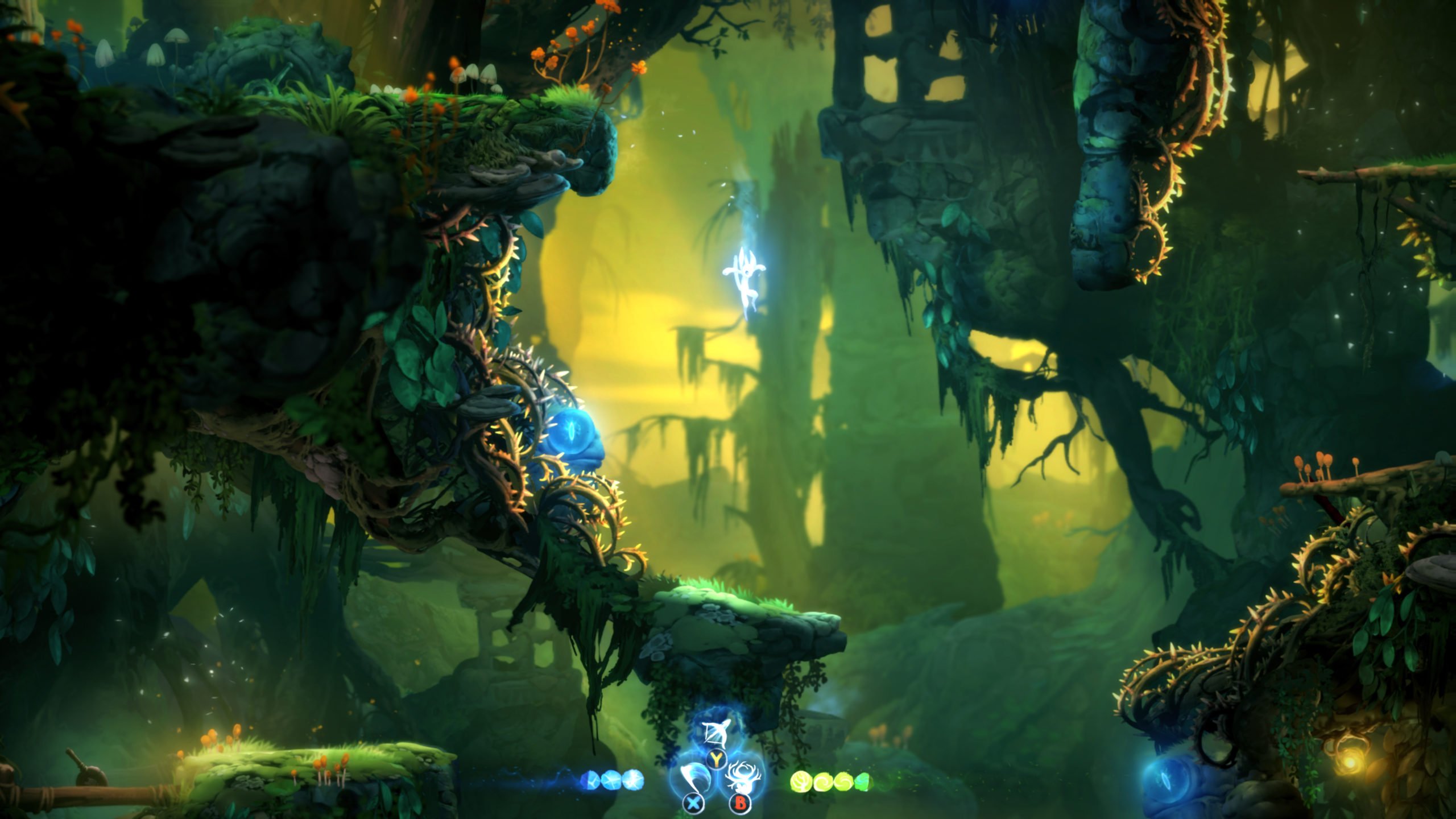 This was especially helpful in the game’s fast-paced chase sequences - which were already a hallmark from the original game. These sequences require a ton of muscle memory to overcome, and the platforming helps make these delightful. If you die in one of these segments, there is no checkpoint - you have to start from the beginning. These sequences are easier than the ones in Blind Forest, but that may be a good thing. These feel more reasonable and create less frustration, while still being stunning and challenging to complete.

There are also optional challenges, which requires that you platform your way through particularly challenging areas with a time limit. These offer you rewards and are a fun way to test your reflexes.

Where the sequel has drastically improved is its combat implementation. Instead of having an orb that attacks in arcs, like the last game, Ori has a huge arsenal of weapons and skills. It feels much closer to Hollow Knight than the combat in the last game, with you having to juggle your combat options based on the type of enemies you’re fighting. You also have to consider what passive skills you’ll give your Ori. As you play through the game, you’ll come across Shards that give you different bonuses. Some change gameplay elements, such as clinging to a wall when you jump to it, while others improve specific attack skills.

This development of combat has also allowed Moon Studios to implement full-on multiphase boss fights that feel competent and considerate of the abilities that you have. These are exciting, fleshed out encounters that give you a satisfying sense of pay-off for exploring each area in the game. 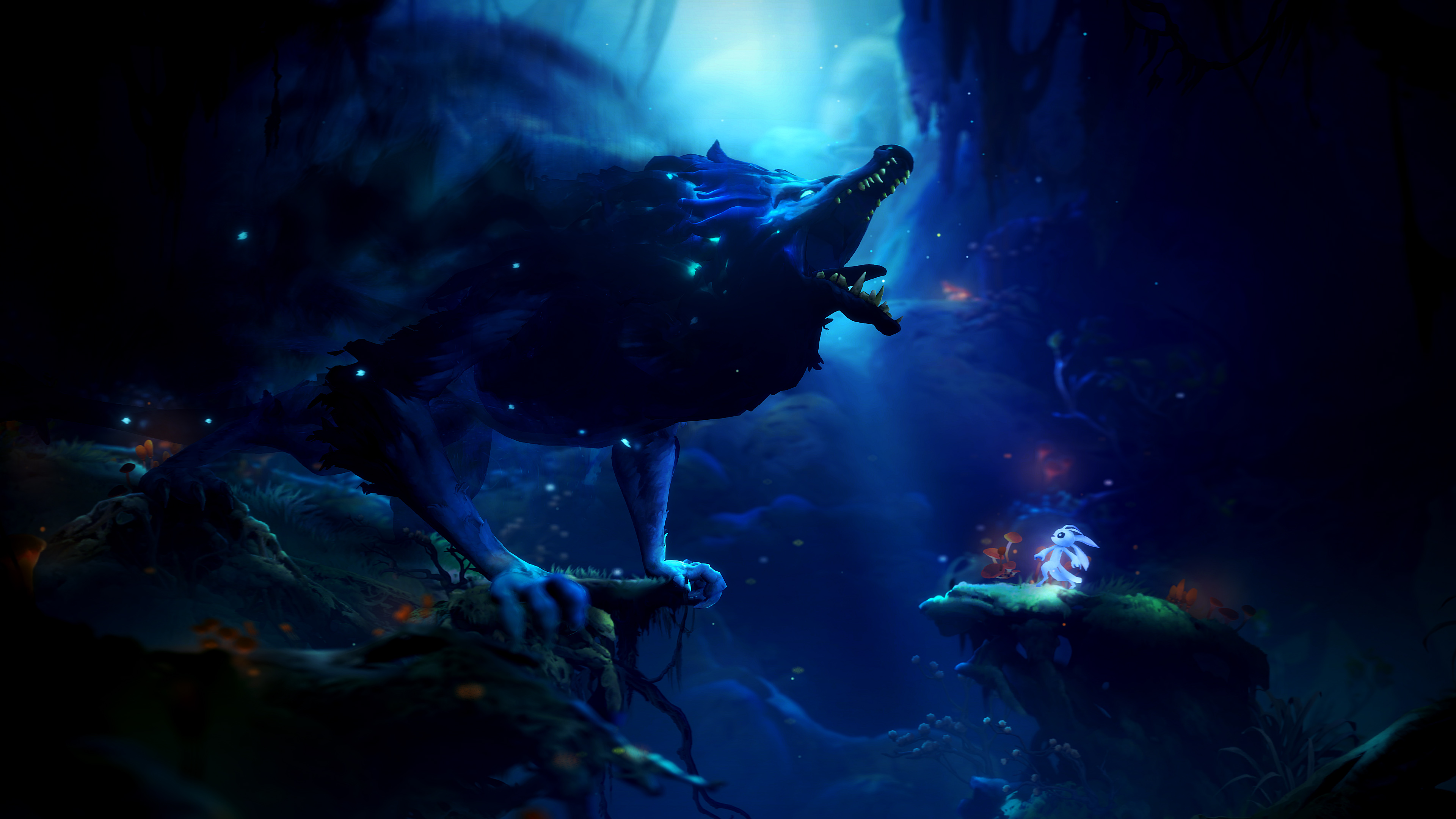 Visually speaking, Niwen’s a stunning place to explore, with varied and distinct environments that all have their own mood and color palette. The Luma Pools, my personal favorite area in the game from a visual perspective, has a completely different tone than the desolate and grim Mouldwood Depths. Each of these areas has unique enemies and new challenges to environmental puzzles. As you explore, you’ll come across new powers that you can use together in order to overcome the increasing challenges in these zones. This map is also much larger than Blind Forest’s. Fortunately, it has a generous fast travel system that makes it easier to quickly backtrack to areas where you may have missed something or were waiting on a certain ability to progress through.

Ori and the Will of the Wisps is an essential platformer to me, and a close to a perfect sequel. It is moving, fun, and challenging without making me want to pull my hair out. It has storytelling choices that I did not expect, but that felt more mature and conclusive than usual in an age where it feels like every game has to have a sequel.

If you like platformers, I would qualify this as an essential purchase - even at full price.