I spotted Bridge Strike (Project R3D/Drageus) on Switch's eShop page for latest releases, and the screenshots looked... familiar. I'm not referring to how it looks like a remake of River Raid, but how RetroGamerNation had reviewed the game on Amiga in 2019. 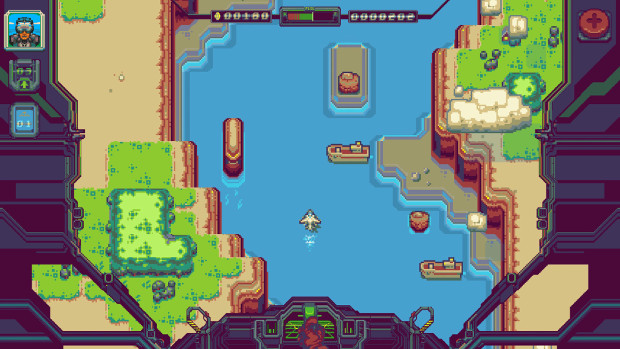 If you know River Raid, the TL;DR version is "Bridge Strike is like River Raid". Otherwise, the game is a vertically scrolling shmup. The plane is flying low in a river valley and has to stay over the river, destroy ships, choppers, planes and bridges, and frequently refuel by flying over carriers. The player can have at most one shot in the air at a time and it tracks the player's X-coordinate.

There's the default endless mode ("Raid") and four "campaigns", but they're only shorter segments with a specific goal ("Destroy every enemy in a given section"). As such, the raid mode is the main course. However... even the map in the raid mode appears to be identical every time you start the game.

The game doesn't come across as polished. The few texts the game has haven't been proofread: "Resqued" and "Don't shot" are two typos I spotted early, but just as damningly, the static menu/title graphics look like they haven't been properly rerendered for Switch. By this I mean that some pixel rows and columns are doubled in, say, the game menu, and some are not. The result looks rather slapdash.

I don't see this as much of a problem in the actual game, as the zoom level varies depending on how fast the player is moving. The actual in-game graphics are rather nice; clear pixel art obviously made of tiles with attention paid to those (sandworms or graboids in a desert setting, reindeers and a campfire in the snow setting etc.) 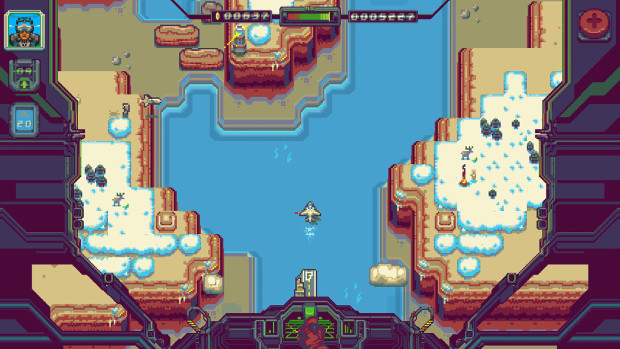 There has been plenty of effort in the graphics, just not in converting them.

And finally -- the game seems to have quickly revealed what it has to offer. The closest thing to bullets the game has are the fighters that come onto screen from the sides and the anti-air missiles launched from the screen. I'd say the biggest challenge in the game is not getting bored and fast-flying forward to get hit by a missile, a fighter jet or a UFO. (I have always lost that challenge.)

The biggest reason to play more of the game is to collect coins to purchase alternative vehicles, which don't appear to have gameplay differences. The start of the raid mode feels drawn out rather than straight-to-action, by which I mean the action takes too long to ramp up. There's no "one more round" factor at play, as the raids start becoming too long. On the plus side, as I said, the raids use a fixed map and have an actual end, which places this ahead of at least the Wii U version of Star Ghost. 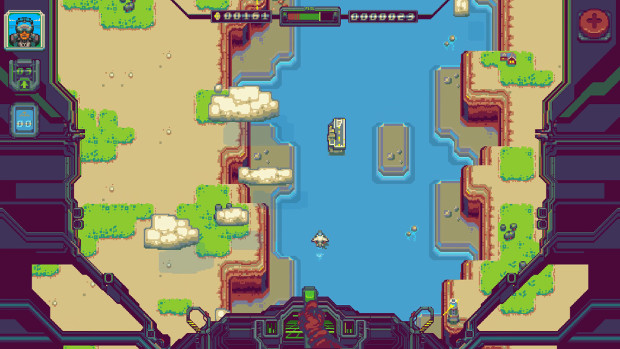 Trying to speed past the slow beginning, which explains why the view's zoomed out.

I've never played River Raid, so I can't say how well this replicates the original experience. BS ticks most of the boxes I know regarding the game (minus bridges serving as checkpoints), but doing so, it might stick too close to the original. Yet, looking at a gameplay video of River Raid on Atari 2600, it might actually be faster-paced thanks to the zoom level and higher amount of targets to shoot.

The game costs 7.99€, which I consider too much for the gameplay offered. There's a steep discount if you've purchased certain other games earlier, but knowing what I know of the game now, I'd still skip it.