Songs With Attitude: The Awesome Soundtrack of Sonic Adventure 2 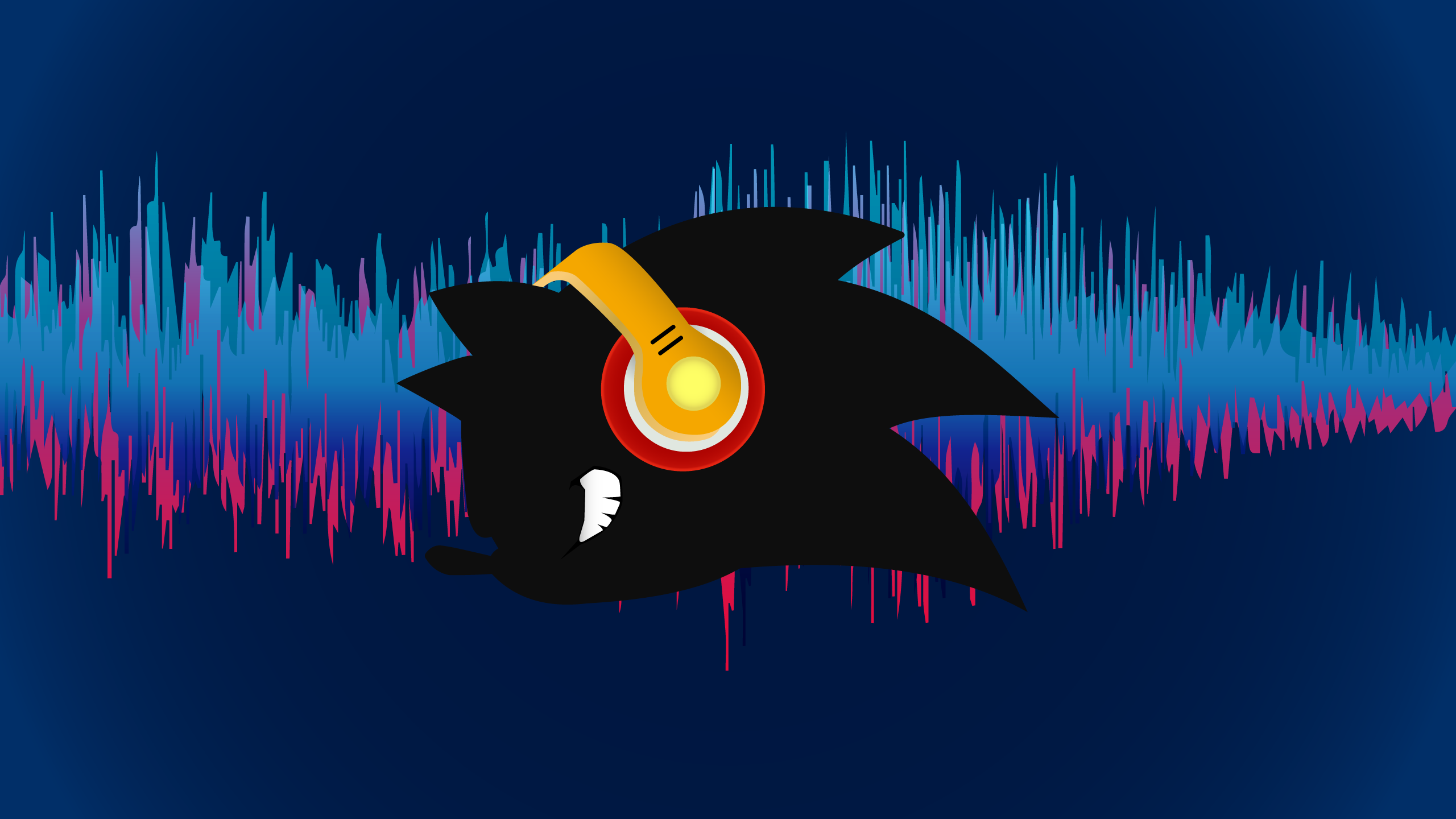 I don’t think anyone on the internet can deny that the Sonic franchise is perpetually stuck on a roller coaster. Sometimes it reaches amazing highs, with fantastic titles like Colors, Generations, and Mania. Other times, it is complete shit. But regardless of what you think of the franchise, the one thing everyone seems to agree on is the fact that even the blue blur’s worse games have phenomenal soundtracks, and for a series that’s been around for almost 30 years, that’s a lot of good music. Just look at Sonic ‘06. That game sucks so much it retconned itself out of existence, but the music is just so good! But no series can last that long doing the same thing over and over again. The games evolved a lot since the days of the Sega Genesis, and the music evolved with it. And in that journey, no game was as important in defining the Sonic sound as Sonic Adventure 2! So let’s talk about that!

Sonic Adventure 2 is a sequel (obviously), so before I get to that, I'll need to go back in time and talk about the first game. The year is 1999, and the gaming world is throwing away its beautifully polished 2D sprites in favor of new, ugly and polygonal 3D graphics. Every franchise under the sun was making the jump: Mario, Castlevania, Bubsy, all with varying degrees of success. Enter Sega with Sonic Adventure 1, released that same year for the greatest console of all time, the Dreamcast. With an extra dimension to consider, many of the classic elements needed to be reimagined or adapted for a new generation, music included. And like everything else, it feels pretty experimental.

On a surface level, the change from the soundboard of the Sega Genesis to real instruments is obviously huge. This allowed the team to have a greater audio quality, as well as a bigger variety in compositional styles. But that style is still very much rooted in the traditional sound of the classic games. More specifically, it evokes the music of Sonic 3 (& Knuckles). Each stage has a song for Acts 1 and 2 (sometimes 3) that seeks to evoke or capture the feeling of that particular stage. Take Emerald Coast’s “Azure Blue World” for example. The song is energetic, the rhythm guitar is gently like the waves of the ocean, while the lead guitar’s tone and melody is almost surf-rock in its nature, and when accompanied by the beats of the drums and the dream-like notes of the synth, make this the perfect background music for a stage set on a beautiful beach. It just screams “stage 1”. And every other song in the OST has a similar philosophy: capture the setting, and look good while you do it.

Because that way the music is composed, you could swap the instruments for a YM2612 synth and put each of these tracks in one of the classic titles from the Genesis games and nearly nothing would be lost in the process. With one exception: the character themes. These are tailor-made songs for each of the six playable characters, and those are easily the highlight of the soundtrack for me. They’re so varied in style and serve as the perfect way to end each story mode. “Unknown From M.E” depicts Knuckles’ all flex no chuckle attitude; the juxtaposition of piano and electronic elements give Gamma’s Theme (and I hate the fact that it is simply called “Theme of E-102”) a symbolism that hits real hard at the end of his story; and Big’s theme is literally the only good thing about him! These songs really feel new to the franchise and marked the start of the songs with cheesy-but-lovable lyrics that would stick with the series going forward.

Now, jump forward to 2001. Sonic Adventure is not only getting a sequel, but it’s gonna be one of the last games for the Dreamcast. A swan song for the console, if you will. Adventure 2 went in a different direction, and the overall game feels a lot more “grounded”. The fact these anthropomorphic animals are running around in the real world now actually means something, and there’s a bigger emphasis on a plot that takes itself a lot more seriously than the previous game. It’s actually one of the better stories the series ever told, which I know it’s a low bar to clear, but bear with me here. With a slightly more mature story, came a slightly more mature soundtrack. One whose music is an essential part of the storytelling.

This is something that Adventure 1 couldn’t do, as in that game, many characters share stages during their story, meaning it was much more feasible to capture the feeling of the stage. By getting rid of the hub world and telling the story linearly, Adventure 2 makes so that each stage is uniquely designed with a character in mind, so they feel much more distinct as a result. This is where the brilliance of its soundtrack kicks in. Adventure 2 takes that idea of individuality and applies it to the stages as well, by having them share the same instrumentation, musical motifs, and vibe as the character it’s associated with!

Sonic’s levels have the guitars going full hard rock, while Shadow’s tend to the industrial side of things to reflect his edgy the hedgehog nature. Eggman’s music goes for a more metal (sometimes techno) approach, with heavier riffs and an even bigger emphasis on guitar leads. Knuckles’ is probably my favorite. Not only are the shared motifs way easier to notice in his songs, but the straight-up rap in them just helps tell the story even more. Tails’ music mixes rock ‘n roll progression with electronic synths, and Rouge’s music goes for a bossa nova/jazz style that I can only describe as smooth, sexy and underappreciated.

And the themes themselves are still top-notch. I especially like how the themes of the returning characters change to reflect their development from the first game: Sonic’s got even more carefree; Tails’ theme feels like a statement rather than a wish this time, showing his newfound confidence in himself; and Knuckles continues to not chuckle.

This makes the music in Adventure 2 a big departure from the first game. Each song feels like an extension of its character’s theme, a reflection of their mood and goals at that particular point of the story, rather than that the stage’s. While this does mean that the music lacks the variety displayed by the first game (or the series in general), it also means that the whole journey feels a lot more connected and cohesive than any of the previous titles so far. The music tells the story just as much as the rest of the game, which for the time was kind of brilliant, and it brings the whole game together.

And how could I talk about Sonic Adventure 2’s music without mentioning its main theme, “Live & Learn”! This song is so famous that even non-Sonic fans have heard it before, and it’s so iconic it might as well be the anthem for the entire series. And I think the reason this song has lingered for so long is that this game really knew how to use it.

"Hanging on the edge of tomorrow!"

This is the first thing you’ll hear when starting the game, as one of the variations of its main riff is used as the menu music and, most notably, during the Biolizard boss (pay attention to the strings at the 0:52 mark) in the final story, in an excellent moment of musical foreshadowing that lets you know everything is about to come to an end. Unlike SA 1's theme (“Open Your Heart”) the game never lets you forget it exists, the song builds up for literally the entire game. And you know this is gonna be the final boss theme because A) the previous game did the same thing and B) using the opening during the final climactic battle is an old anime trope.

And when the song does drop at the very finale, my God does it deliver! When that final title card appears and that iconic “nyyyyyom” comes up followed by the full song, the whole game comes full circle and the music lets you know that this is it! The instrumentation is fantastic, the chorus is catchy as hell with the “live and learn!” chant in between each sentence, and the break post guitar solo just hits that emotional cheese that I love so much. I know I have a very weak spot for cheesy lyrics (I am a giant power metal fan after all) but I gotta give credit where it is due. Crush 40 has a style all of their own, and with Live & Learn they cemented their place in the franchise and set a template for all of its future theme songs going forward.

I remember Sonic Adventure 2 was a pretty divisive game amongst the fan base, and even years later when I played for the first time, people were still discussing whether the game was good or bad. It’s true that it has problems and some elements didn’t age very well, but the music ain’t one of them. It accomplishes what it sets out to do with flying colors, defined some key elements of the series going forward into the next generation, and in the history of the franchise, there’s never been anything quite like it.

Those truly were, songs with attitude.

Brazilian man born and raised. Currently working on a series dedicated to the documentation of the local gaming culture and landscape that I call "Brazil Of Games." I took the name from an old TV series on the subject that aired a long time ago here, but no trace of it exists on the Internet.

[*] Brazil's Independent Games Festival is a celebration and showcase of gaming in Latin America. Here's the best Brazil has to offer in 2021!