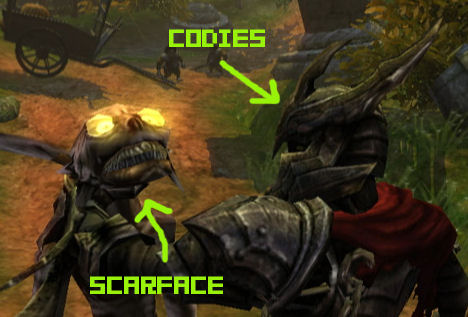 Codemasters, currently working on a brand new Overlord title for the Wii, has criticized what it deems “lazy” ports on Nintendo’s system. The critique comes courtesy of Codies’ Dean Scott, who argued that the best Wii games must be built with the console in mind, and developers shouldn’t just “retrofit a load of sh*t.”

“At this moment in time, because the installed userbase on Wii is so high, it’s the Wii gold rush. So publishers are like ‘sh*t, what can we get out on Wii really quickly?’ What that means is people end up porting games from other platforms, and they don’t fit the console because [the Wii remote] has to be the absolute starting point. The controller is point one. You can’t retrofit a load of sh*t and expect it to work with this controller.”

I always found it bitterly ironic that the Wii was made to bring something new and inventive to the industry, yet has become the home of the uncreative and the lazy. It speaks volumes about certain publishers in this industry that they’ve been able to pervert the Wii in that manner. Scott is certain that Overlord: Dark Legend will eschew the idle ways of its peers, however:

“When you think of the best Wii games – Wii Sports and all that – they’re absolutely built to do what the controller does. [ Codemasters was ] conscious that we had to build something that played to the strengths of that platform. It’s even more important on Wii (…) so we wanted to do as much of Overlord as we could and enhance it using [the Wii Remote].”

All I know is, I love Overlord. That’s my critical assessment of the situation right there.