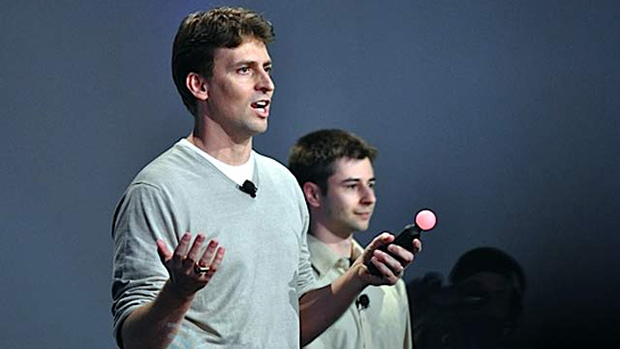 This morning, Sony announced that it has pushed back the launch of the PlayStation “Motion Controller,” originally set for this spring, to the fall of 2010. Of course, this news surprises no one, because spring is right around the corner, and we haven’t seen any sort of promotional push for the thing — let alone actual working games, Resident Evil 5: Alternative Edition (known as Gold Edition in North America) and E3 tech demos aside. So much for getting a half-year head start on Microsoft’s Project Natal, which is currently slated for a holiday season rollout.

In the press release, SCEI President and Group CEO Kaz Hirai explained that the delay is due to Sony’s desire to “offer an exciting and varied line-up” of “attractive and innovative games.” The plan is to have titles from third-party developers and publishers in addition to Sony-developed and -published games. For now, we’re still stuck with the unwieldy, generic “Motion Controller” name; the press release reiterated its “tentative” nature, so we won’t know for a while if the rumored “Arc” moniker is the real deal.

You may remember that at the 2009 Tokyo Game Show, Sony put out a list of software that the Motion Controller will support. On it were new titles, such as The Shoot and Eccentric Slider, as well as games that are being retrofitted to work with the wand, like Flower and EyePet. Again, we haven’t seen any of this stuff in action, except for Resident Evil 5: Gold Edition, which is apparently still set to launch in the US on March 9th — now without its major selling point. Expect more details on the controller and its games at the mid-March Game Developers Conference, or more likely, E3 2010, which will take place in mid-June.