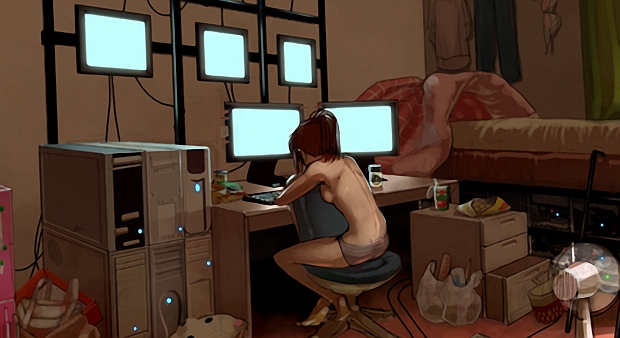 Hardware’s important to PC gamers. Unlike console gamers, for whom hardware is little more than a feature list, fanboy bait, and marketing copy, it’s critical for PC gamers to know which bits do what in those crazy metal boxes sitting on their desks. It’s also critical to developers, who need to know how much of their potential market can actually play their masterpieces.

That makes the Steam Hardware Survey all the more significant, as its data provides a good approximation of the hardcore PC landscape. And the results? Quite average, which is very much a good thing. How is that a good thing? For one, it puts to rest the common stereotype that all PC games require the best hardware, but become obsolete several minutes after being turned on. That notion is patently false, and this survey helps prove it.

First off, nearly half of all systems are now “DirectX 10 ready.” As a point of comparison, the Xbox 360 cannot use DX10, theoretically making even an average PC (such as the one you can build with the help of community member WastelandTraveler) more capable than Microsoft’s money-printer. Windows XP though, still reigns supreme OS market, much as it has for most of the decade thus far.

Less encouraging, however, is the apparent market dominance of Nvidia and Intel in the graphics card and CPU department (holding roughly 60% in their respective fields). Dominance can depress competition, which risks lowering quality overall. Considering that AMD processors and ATi video cards have been hailed as providing great value for money. The Saboteur famously released with no support for ATi video cards whatsoever (a patch for that came out soon after, though). That said, it’s simply not favorable for devs to ignore 40% of the potential market. The ATi vs. Nvidia GPU wars are as vicious as any console slap-fight.

Keep it in mind, gamers. You don’t need to blow a month’s salary just to play some great PC games.