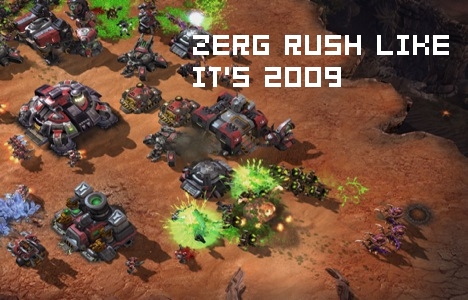 According to a report from StarcraftWire, StarCraft II will be released in 2009. The information stems from Activision Blizzard’s show Activate Asia Pacific in Auckland, New Zealand. Philip Earl, Senior Vice President and Managing Director of Blizzard Asia Pacific, was kind enough to tell an audience a prediction for the release.

Next year’s offerings from Activision Blizzard should include highly anticipated PC strategy title StarCraft II, the sequel to one of the world’s most enduringly popular games.

Previously, the rumor was a December 3, 2008 release resulting from major retailers listing the game. Blizzard Vice President Rob Pardo nixed that in June by stating that the game was only a “third of the way through.” Hopefully, the game has made some progress since then.

Really, the question is if Blizzard plans on releasing the title in 2009, how late in the year are we talking? Also, why do the Terran foot soldiers look so tough, but die so easily? One would assume those suits did something other than make the wearer bleed catastrophically upon physical impact.