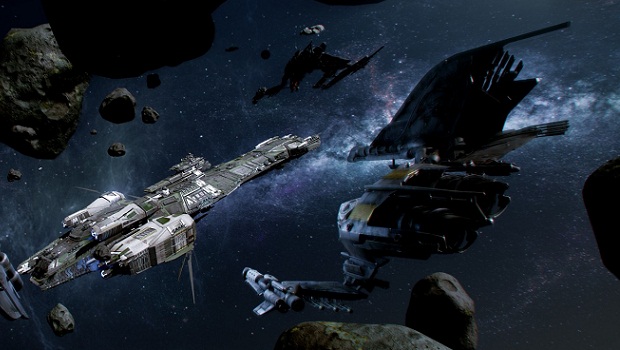 Despite the fact that Chris Robert’s space sim Star Citizen is potentially two years from release, he’s not been shy with the nitty gritty details of the game. Contained in new FAQ update, Chris has given us an idea of what kind of PC we’ll need to play Star Citizen, modding policies, and the thorny issue of microtransactions.

It’s all good news, though; despite the fact that Star Citizen will feature in-game purchases, the game will “NEVER sell anything that can’t be acquired through honest (and fun!) gameplay.” Mods will also be supported on private servers with the hope  “to institute a ‘mod approval’ process that will allow the best of the best player created ships and other additions to be integrated into the central persistent world as well.”

When developers started using Kickstarter as a way to revive PC genres from the ’90s, I thought “hope someone brings back the space sim genre, games like Freelancer or Freespace.” Chris Roberts is doing just that, and he’s 50% of the way there.

Here’s the minimum and recommended specs for Star Citizen (bear in mind, this game is not due to be released for another two years):