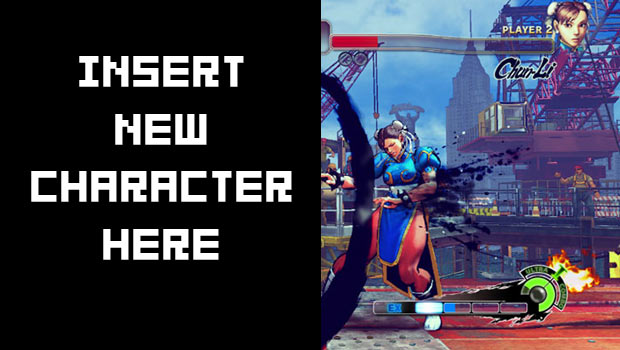 This week’s update comes courtesy of Nakky’s blog over at the official Super Street Fighter IV website, and teases some big news on the way. Nakky has a screencap of Chun-Li being treated unkindly by someone of unknown identity, and she says there’ll be “something huge” announced next week.

Nakky teases, “Chun-Li’s getting beat up… but, by who?” Seems pretty safe to assume the big news will be a character reveal, and Nakky says the info will also be published in the 11/26 issue of Famitsu, which goes on sale shortly. This pleases me, because as we all know, Famitsu tends to be … how shall I put it … less than watertight with its secrets.

We’ll probably know for sure before we’re supposed to, but until then, feel free to point at the new stage pictured above and speculate as to whose it might be. In the meantime, Dan Hibiki, El Fuerte and Rufus have been added to the official character profiles page as well.